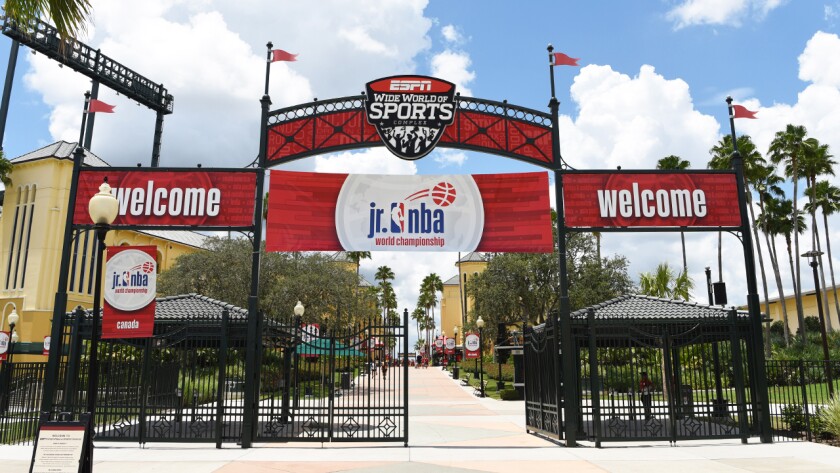 “Black Lives Matter” will be painted on the NBA’s courts inside the ESPN Wide World of Sports campus, sources with knowledge of the plans confirmed to The Times on Monday.

The on-court message will be among the most visible signs of activism that the NBA and its players have committed to when they return to action on July 30 at Disney World in Orlando, Fla.

Some prominent players, including Brooklyn’s Kyrie Irving, floated the idea of skipping the NBA’s return because of the distractions basketball could cause at a time when pushes for social change, racial equality and police reform have significant momentum.

Former Cavaliers guard JR Smith, who played with LeBron James in Cleveland, will replace Avery Bradley on the Lakers roster.

The NBA and the players’ union agreed “that the goal of the season restart will be to find tangible and sustainable ways to address racial inequality across the country. Leaders from the NBA and the NBPA have also discussed strategies to increase Black representation across the NBA and its teams, ensure greater inclusion of Black-owned and operated businesses across NBA business activities, and form an NBA foundation to expand educational and economic development opportunities across the Black community,” the NBA said in a statement last week.

In addition to the on-court messaging, the NBA, its players and Nike — the league’s uniform outfitter — are working on a deal to allow players to replace the names on the backs of their jerseys with personalized messages addressing social issues.

Memphis rookie Ja Morant retweeted an image of him in an altered jersey that had a four-letter expletive instead of his name, and 12, Morant’s number that’s also a slang term for police. Morant later apologized.

“I know there are good cops ’12’ out there. I know some, and a few are family. I am thankful to the cops at Murray State who took care of me and the cops who continue to watch over me with the Grizzlies. We NEED good cops to step up and make sure other cops are not abusing their power,” he posted.

“There have been too many Black lives taken by police that could have been prevented. You may see me as just a basketball player and I may lose fans for taking a stand, but I won’t stay silent.”

The NBA is working on a deal to allow players to replace the names on the backs of their jerseys with statements promoting social justice and racial equality.

Discussions are ongoing for other ways the NBA and its players will try to put focus on issues more important than basketball.

“We agree on a number of initiatives that would spotlight social injustices. There’s a number of things …” NBPA president Chris Paul said last week. “I’m excited for what we can do that’s a lot bigger than the game.”