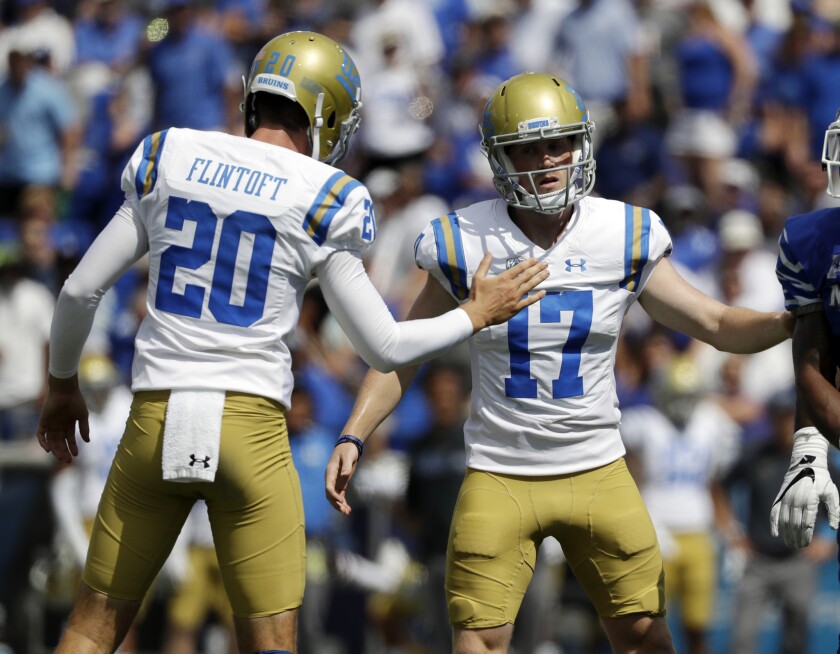 J.J. Molson and Andrew Strauch will reunite Saturday, nearly 200 years after their families first intersected through the trappings of high-society life in Montreal.

The ties were rooted in banks and steamboats long before they became UCLA teammates and later Pac-12 Conference rivals when Strauch departed for Utah prior to this season as a graduate transfer.

It was the one missed encounter between the families that irrevocably altered the path of the Molsons.

Harry Markland Molson, the great-grandson of family patriarch John Molson, was in England on business and scheduled to return home to Canada in late March 1912 on the steamship Tunisian, part of the Allan Steamship Line owned by Strauch’s ancestors on his mother’s side.

Molson’s plans changed when Major Arthur Peuchen, a Montreal businessman, persuaded him to extend his trip so that they could sail home together a few weeks later on a luxury liner making its maiden voyage.

Peuchen survived the world’s most famous maritime disaster, escaping in a lifeboat, but Molson’s body was never recovered and he was presumed to have been among the more than 1,500 victims. According to one account, he was last seen removing his shoes and planning to swim toward a ship whose lights he saw off the port bow.

“My mom told me about that story when I was young,” J.J. Molson, UCLA’s senior kicker, said this week.

Strauch, who spent his first four college seasons with the Bruins, said he learned of the connection between the Molsons and the Allans when J.J. arrived at UCLA before the 2016 season because Strauch’s mother, Jane, was a history buff.

“It was very cool to read about and just kind of experience,” Andrew Strauch said this week during a telephone interview, “especially seeing how it brought two people to the same exact spot.”

They’ll be together again Saturday evening at Rice-Eccles Stadium in Salt Lake City, where the Bruins (4-5 overall, 4-2 in Pac-12 play) will try to continue their late-season surge against the No. 7 Utes (8-1, 5-1). Strauch will handle kickoffs for Utah, having ceded the field goals to Jadon Redding after making one of two attempts earlier this season. Molson handles kickoffs and field goals for UCLA, where he ranks No. 7 on the school’s all-time scoring list with 292 points.

Molson and Strauch alternated as UCLA’s kicker late in the 2016 season, before Molson took the job permanently. Strauch didn’t appear in another game until replacing injured punter Stefan Flintoft against Stanford last November. Then it was off to Utah.

“It was where I could make an impact,” Strauch said, “get some playing time, and just kind of build my own brand, as they say.”

The Molsons and the Allans have long been marquee names in Montreal. They both owned banks that were catty-corner on Rue St. Pierre and Rue St. Jacques before being acquired by the Bank of Montreal in the 1920s. The families cavorted in the suburb of Dorval at the Forest and Stream Club, which catered to gentlemen who enjoyed an escape to the country air.

The Molsons also ran a brewery that would become the Molson Coors Beverage Company and built the first passenger steamer assembled entirely in North America. It was a Molson steamboat tug, the Hercules, that delivered Hugh Allan aboard his father’s sailing brig to Montreal in 1826 after making the voyage overseas from Scotland. Allan, the brother of Andrew Strauch’s great-great-great-great grandfather Andrew, would later found the Allan Steamship Line.

Harry Markland Molson had been a veteran seaman long before boarding the Titanic. He owned a 75-foot yacht and had survived two boating accidents, including one in 1904 in which the Montreal Herald reported that he jumped through a stateroom window, pausing only to throw on trousers and a shirt, before being rescued by a lifeboat.

The 55-year-old Molson was said to be the richest Canadian on board the Titanic for its expected five-day voyage to New York, having been the first mayor of Dorval, a commodore of the Royal St. Lawrence Yacht Club and president of Molson’s Bank. He stayed in a relatively modest room given his wealth, paying 30 pounds 10 shillings for an upper-deck cabin, C-30.

No expense was spared when it came to the cuisine lavished upon Molson and others in the first-class restaurant. Survivor Mahala Douglas described the final dinner to the Montreal Gazette: “The tables were gay with pink roses and white daisies. … The food was superb: caviar, lobster, quail.”

Molson’s legacy endured well beyond his considerable inheritance. J.J.’s father, John, was married at the church he had built in Dorval and Harry Markland was immortalized with the epitaph from Psalm 77 on a stone in Mount Royal Cemetery: “Thy way is in the sea, and Thy path in the great waters, and Thy footsteps are not known.”

The footsteps of his descendant will cross paths in a most unlikely way once more on Saturday.

“It’s honestly incredible,” Strauch said, “just to think how far back it goes and that we both ended up in the same place.”