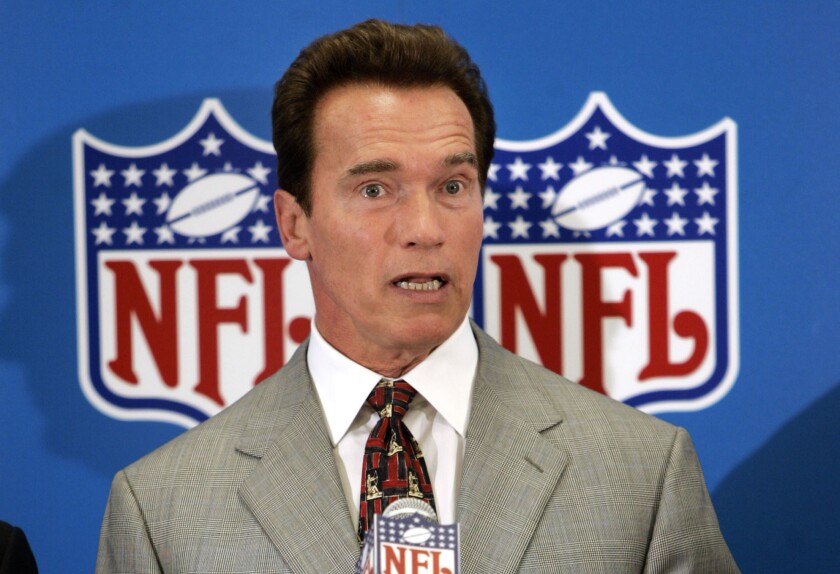 The NFL is celebrating its 100th season, and there are many behind-the-scenes stories still to be told. Over the course of this season, Sam Farmer has been pulling back the curtain and telling some of those, through the eyes of the players and coaches who lived them.

Al Michaels, play-by-play man extraordinaire, has called plenty of great NFL games during the past five decades, but precious few as memorable as the “Monday Night Miracle.”

That stunner happened on Oct. 23, 2000, when the New York Jets mounted a monumental comeback against the Miami Dolphins in a 40-37 victory at Giants Stadium. Despite trailing after three quarters, 30-7, the Jets scored 30 points in the fourth to send the game into overtime and ultimately win.

His memories of that Dolphins-Jets thriller:

That was the year we pretty much blew up the show. Don Ohlmeyer came in to produce and brought in Drew Esocoff to direct — How did that work out? I’ve been with Drew for 20 years now — and that was the year we brought Dennis Miller into the booth. Dan Fouts came in to do the conventional analysis, and Melissa Stark and Eric Dickerson were our sideline reporters.

At the end of the third quarter, the Dolphins led, 30-7, and we’re looking for anything we can get to keep the interest up.

So we bring Arnold Schwarzenegger into the booth. Dennis knew him. So Schwarzenegger comes in, we fool around with him for a few minutes, and he says, “Oh, the Jets will win this game.”

And he says, “Oh no, the Jets will win. And [receiver] Wayne Chrebet will star.”

[Schwarzenegger’s precise quote was: “Wayne Chrebet is going to pull it off. I think as usual the Jets are going to come from behind, you will see… I think the Dolphins have to be terminated.”]

So then he leaves the booth, and as it turns out, he leaves the game. He goes back to Manhattan with his boys. He’s not even there in the fourth quarter.

But in that fourth quarter, [Jets receiver] Laveranues Coles gets a touchdown, and Jermaine Wiggins gets one. Then, with about four minutes left in the game and with Vinny Testaverde at quarterback, he hits Wayne Chrebet for the touchdown to tie the game at 30-all. Holy smokes.

Meanwhile, half the crowd has left, but people are starting to stream back into Giants Stadium.

So right after Chrebet scores, the place is going crazy. It’s midnight. In those days, the games would start at 9 p.m. Eastern.

The Dolphins go down the field in short order, and Jay Fiedler winds up hitting Leslie Shepard for a touchdown. Now Miami is back on top, 37-30.

The Jets get the ball back, and march down the field in the final minute of the game — there’s 30, 40 seconds left — and they’re already down certainly in the red zone, maybe even inside the 10.

And Dennis Miller very matter-of-factly says, “Well, you couldn’t keep him down forever.”

That was the best of Dennis Miller. Makes me laugh even to this day.

So the game ended at about 1:15 in the morning. It was crazy. I go back to the hotel, wake up the next morning, and in those days you had “CNN Headline News.” So I wake up and it’s the first thing that pops up on my television screen. And their lead story is, “Well, Arnold Schwarzenegger called it.” They played a clip of it, and Arnold making his prediction. People started calling the game the “Monday Night Miracle.”

So if you’re looking for symmetry, stay tuned.