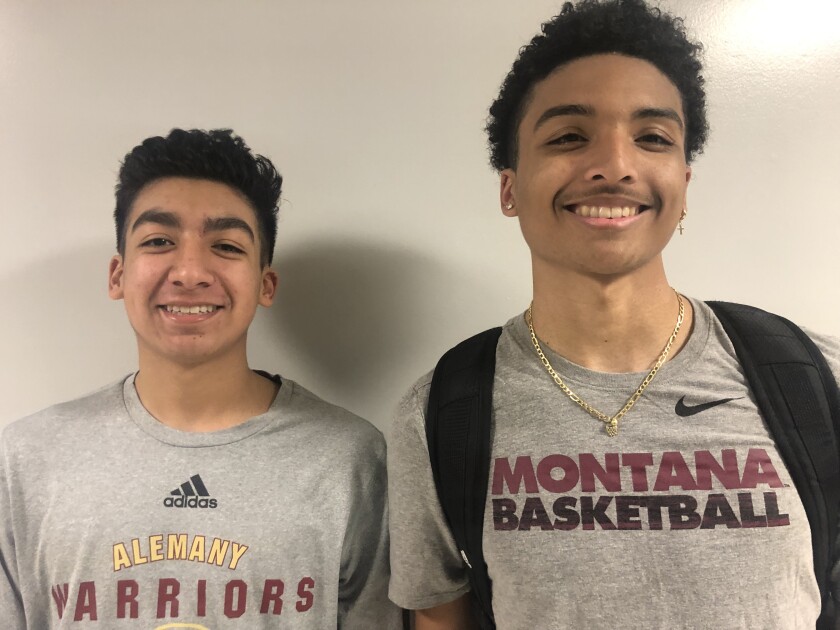 There were upsets and near upsets on Wednesday night as league play began in high school basketball.

In the Mission League, two schools that came in as surprise 15-win teams, Alemany and Loyola, went after it, and when the 32 minutes was completed, it was clear that Alemany guards Brandon Whitney and Nico Ponce had proven too much to handle in leading the Warriors to a 69-61 victory. Whitney, called “the best point guard in Cali” by Ponce, finished with 26 points and 10 assists. Ponce made five threes and had 21 points.

In the Trinity League, Santa Margarita stunned JSerra 45-43 on a basket by Kaine Roberts with one second left. Ian Martinez scored 23 points for JSerra.

Oh boy that was easy. Kaine Roberts gets to his left and it’s nothing but clear ground ahead. Finishes the lefty layup. 45-43 SM, 1 second left. pic.twitter.com/XJIDWdjmKj

Mater Dei rolled to a 68-47 win over Orange Lutheran. Harrison Hornery had 18 points.

Capistrano Valley held on for a 41-40 win over Mission Viejo.

Thousand Oaks advanced to the championship game of the San Fernando Valley Invitational with a 38-30 win over Kennedy.

Despite 23 points from Kyle Beedon, Campbell Hall was beaten by Providence 61-56.