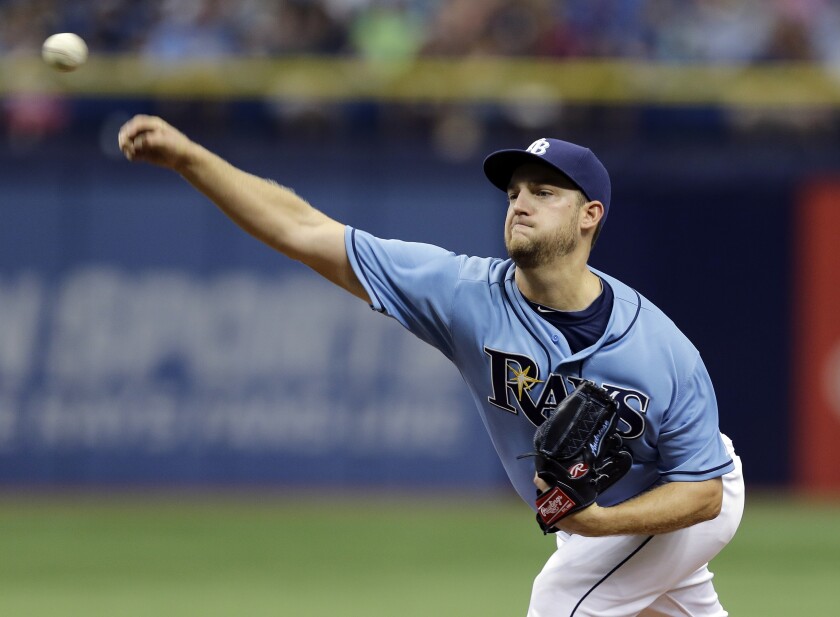 Andriese, 30, pitched out of the bullpen for most of the past two seasons in Tampa Bay and Arizona, but Angels general manager Billy Eppler said Andriese will compete for a rotation spot this spring.

Andriese avoided arbitration by signing for $1.395 million last week, and because he still has minor league options, he can be shuttled between the big leagues and triple A as often as the organization needs.

“He has a track record of starting and has shown the ability to handle increased workload and pitch volume,” Eppler said. “We can always transition him back to the bullpen if needed.”

Andriese, a product of Redlands East Valley High and UC Riverside, spent most of his first three big league seasons as a starter in Tampa Bay before moving to the bullpen in 2018.

Andriese mixes a fastball that averaged 92.5 mph last season with a curve and changeup and has shown an ability to induce weak contact.

To make room on the 40-man roster for Andriese, right-handed pitcher Luis Madero was designated for assignment. Additionally, left-hander Adalberto Mejia cleared waivers and was released.