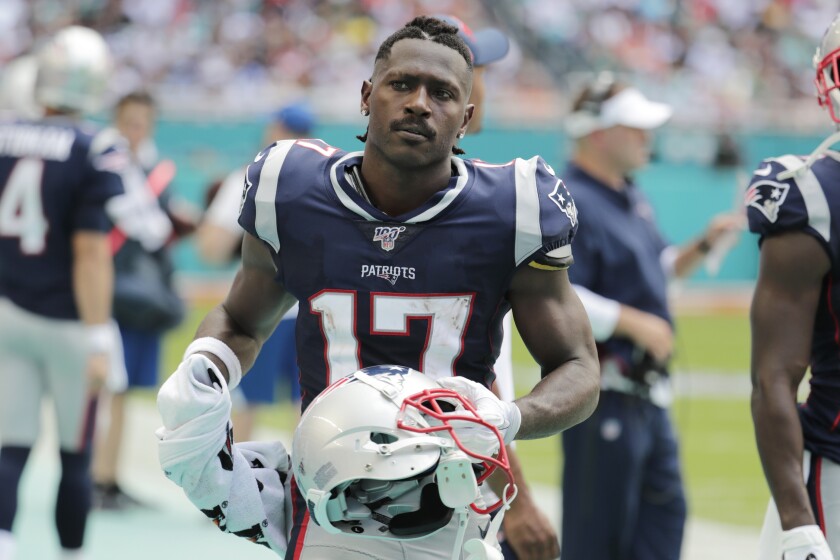 Antonio Brown works out for the New Orleans Saints

Coach Sean Payton told reporters the Saints brought in six receivers, including Brown, for workouts and physicals Friday as the team does its “due diligence” as it heads into the playoffs following the regular-season finale Sunday against the Carolina Panthers.

Asked if the Saints plan to sign Brown, Payton responded, “No, not now.”

“Right now it’s more or less us having the chance to get to know these guys and seeing what kind of shape they were all in,” Payton said.

Brown is being investigated by the NFL after being accused of sexual assault by one woman and sexual misconduct by another. He could end up on the Commissioner’s Exempt List if he signs with a team before the investigation is complete.

Asked if Brown would be eligible for the playoffs if signed by the team, Payton answered, “That’s a good question. That’s the information that we’ve got to get from the league if we were going to go down that road. We don’t have that yet.”

Brown hasn’t played since Week 2 in what was his only game as a member of the New England Patriots. After nine seasons with the Pittsburgh Steelers, making the Pro Bowl seven times, Brown was traded to the Oakland Raiders in March. He was released two days before the start of the Raiders’ season.

Over the last several months, Brown has oscillated between saying he’s done playing in the NFL and pleading for another chance. Brown posted photos from inside the Saints’ practice facility and one of his free agent waiver from the Saints on his Instagram account Friday, according to NFL Media’s Ian Rapoport.

Important note: The NFL has made clear that if someone signs AB, he’s likely headed to the Commissioner’s Exempt list until his investigation is complete. https://t.co/Fax00YmAbV