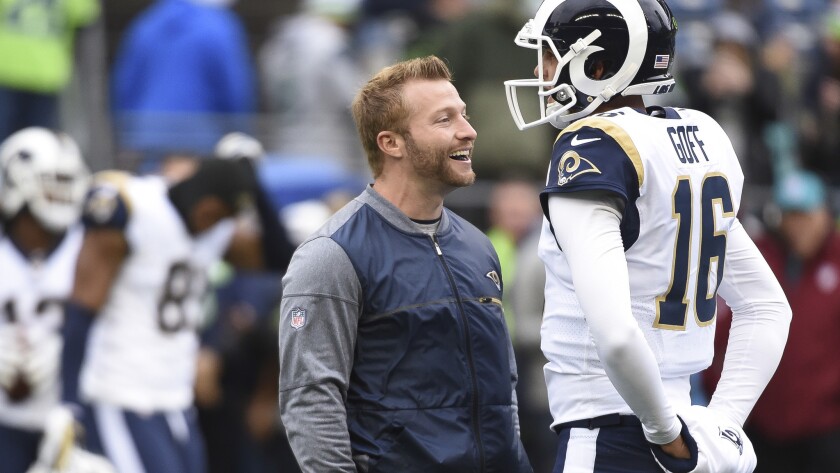 In light of the recent controversy surrounding the Patriots’ video of the Bengals’ sideline, what type of information are NFL advance scouts trying to legally obtain when they attend an upcoming opponent’s game?

Farmer: This question comes from the longtime college football coach who won 11 conference championships at Occidental, so I suspect he knows the answer to this question. But thanks for taking one for the team, Dale, because I think this will interest NFL fans.

For insights on that information gathering, I spoke on the condition of anonymity to an NFL team scout. It’s exceedingly rare when they speak on the record about anything related to their jobs.

“You’re looking for tempo, how quickly they get up to the line of scrimmage,” the scout said.

“You look at personnel groupings on the sidelines. Do they substitute players? Which coach do they stand by? Are they standing by the coordinator? By the running backs coach? Are they behind the ball or up on it?

“You want to know if they use hand signals or if they substitute plays in [by running players off the sideline into the huddle], or if they’re like [Rams coach] Sean McVay with Jared Goff and they do everything over the headset.”

The scouts look for the tiniest of details, bread crumbs of a hint about how a team reacts in situations. Scouts sit in the press box and generally aren’t allowed on the field before or during games, unlike when they’re scouting college games and can watch warmups from ground level.

The conscientious scout will arrive at least two hours before kickoff in order to watch players go through their warmups. That’s when coaches and trainers might work with players recovering from injuries, or with those on the practice squad.

The standard practice calls for scouts to produce a written report after games they work, and at least 75% of those reports are compiled during the week leading up to the game. The tools of the trade are depth charts, notebooks crammed with information on every player, binoculars and a stopwatch to record hang time on kicks and punts.

This much is forbidden: Taking photos or videos of an opponent’s sideline.

“Every scout knows you absolutely would never tape anything, take pictures, anything like that. Every scout knows better,” the scout said. “There’s a professional code of conduct. You do not do that.

“That’s why it was such big news that the Patriots were taping the sideline. That should never be done. Because you could go back and match hand signals to the tape at home.”

The networks currently have or have had in the past an ex-NFL referee that not only helps explain rules but more importantly provide their professional interpretation on how a coach’s challenge will potentially play out. Do any of the NFL teams hire ex-referees that can assist the coaching staff as to when they should challenge a ruling on the field?

Farmer: Yes, they do. The Oakland Raiders hired former NFL referee Gerry Austinto be a consultant, and longtime official Larry Rose has the same role with Tampa Bay.

Raiders coach Jon Gruden, formerly a “Monday Night Football” analyst, worked with Austin in the ESPN booth since 2012. Austin, who entered the NFL as a side judge in 1982, worked 18 seasons as a referee. Rose was an NFL side judge for 17 seasons.

“If I was a head coach, I would be scouring the roster of officials and looking to see who’s retiring, and I would be reaching out to them immediately,” said Fox rules analyst Mike Pereira, the NFL’s former head of officiating. “In this era of what’s reviewable, what’s not reviewable, what it takes to overturn a call, and also to know the rules of when you can and can’t challenge, these officials are invaluable. I almost don’t know why all 32 teams don’t have a guy.”