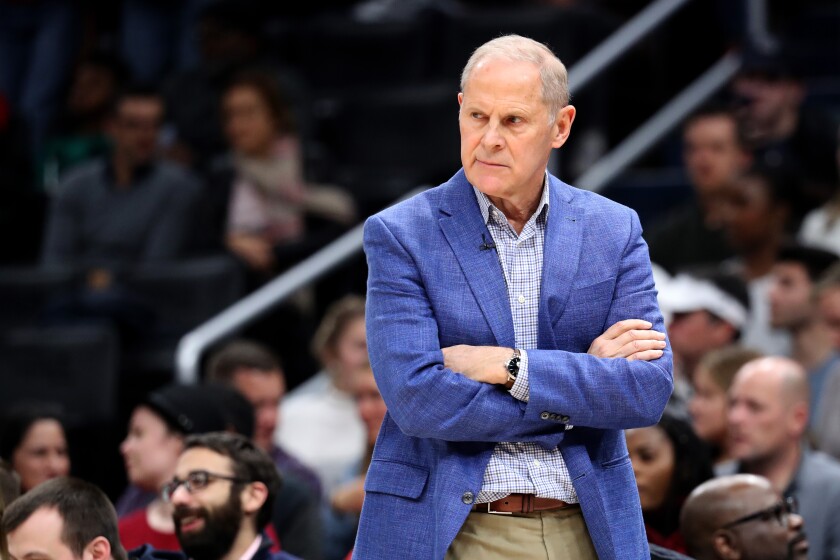 Cleveland Cavaliers coach John Beilein said Wednesday night it was a slip of the tongue when he referred to his players as “thugs” earlier that day.

He had meant to refer to them as “slugs.”

The incident took place in a Detroit hotel, where the team was looking at video in preparation for a game against the Pistons on Thursday night. Beilein told ESPN that at one point in the session he accidentally told his players they were no longer playing “like a bunch of thugs.”

“I didn’t realize that I had said the word ‘thugs,’ but my staff told me later I did and so I must have said it,” said Beilein, who is in his first season with the Cavaliers after 12 as the head coach at Michigan. “I meant to say ‘slugs,’ as in slow-moving. We weren’t playing hard before, and now we were playing harder. I meant it as a compliment. That’s what I was trying to say.”

Beilein told ESPN he understood the racial connotations of what he said toward a group of largely African American men and that he reached out to each individual to explain what happened. Cleveland.com reported that Beilein apologized to the players at that time.

“I’ve already talked to eight of my players tonight, and they are telling me that they understand,” said Beilein, who is expected to address the issue with reporters after the team’s shoot-around Thursday morning.

Cavaliers general manager Koby Altman was on his way to Atlanta for a scouting trip when he was alerted of the incident, according to Cleveland.com. Altman has already spoken to Beilein as well as some players and coaches about what happened, the website reports, and is cutting his trip short to join the team in Detroit to further look into the matter.

Multiple Cleveland players declined to comment on the situation to Cleveland.com.