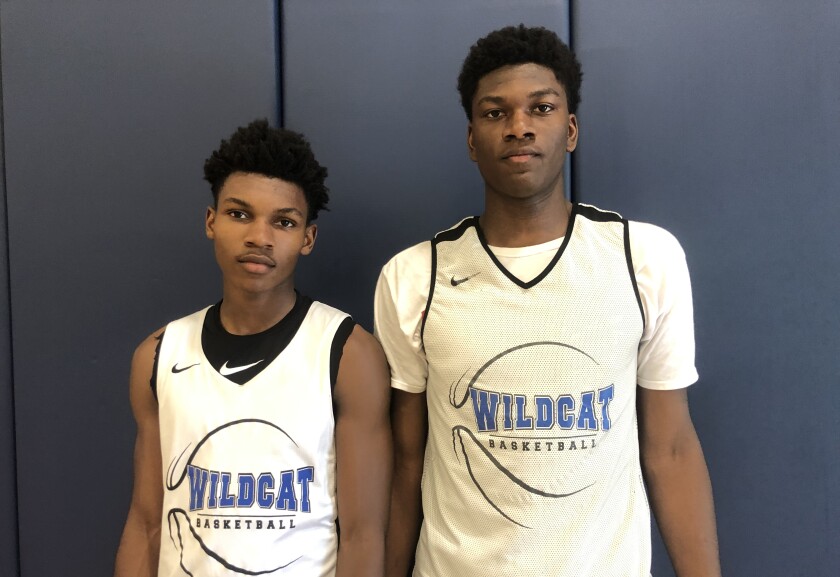 Classic at Damien: L.A. Windward is back healthy and defeats Liberty in opener

For the last two weeks, it was good to play L.A. Windward, which was missing 6-foot-8 Kijani Wright (illness) and point guard Dylan Andrews (injury). The Wildcats suffered their only two losses of the season in their absence. But they were back on Thursday for an opening game in the Platinum Division of the Classic at Damien, and what a difference they make.

The two sophomores led Windward (12-2) to a 67-58 win over Nevada Liberty. Wright scored 26 points and Andrews 14. Devin Tillis added 12 points. It sets up a huge matchup of Windward taking on St. John Bosco on Friday at 5:30 p.m. at Damien.

Birmingham held on for a 67-65 win over Long Beach Poly. Elisha Colfield led five players in double figures with 20 points. Wendell Caldwell had 24 points for Poly, which missed on a last-second three-point attempt to win the game.

Bronny CRUSHES the one in front of the whole fam!! @KingJames @ClassicAtDamien pic.twitter.com/UTSAP0fiJc

In the gold division, the featured game saw Rolling Hills Prep improve to 11-0 with a 42-39 win over King-Drew. It was the first major test of the season for Rolling Hills Prep, coached by former Fairfax coach Harvey Kitani. Sophomore Benny Gealer scored 15 points. Rolling Hills Prep will face Valencia, an 82-67 winner over Leuzinger. Jake Hlywiak scored 31 points and made five threes.

Chaminade defeated Pasadena 72-57 behind 25 points from Keith Higgins and 18 points from Kenneth Simpson. Skyy Clark had 29 points in Heritage Christian’s 73-62 win over Westview.

Chino Hills received 15 points from Justin Bellamy in a 78-66 win over Rialto.

Christian Moore and Bryaden Thomas each scored 14 points to lead Brentwood to a 75-37 win over Bakersfield.