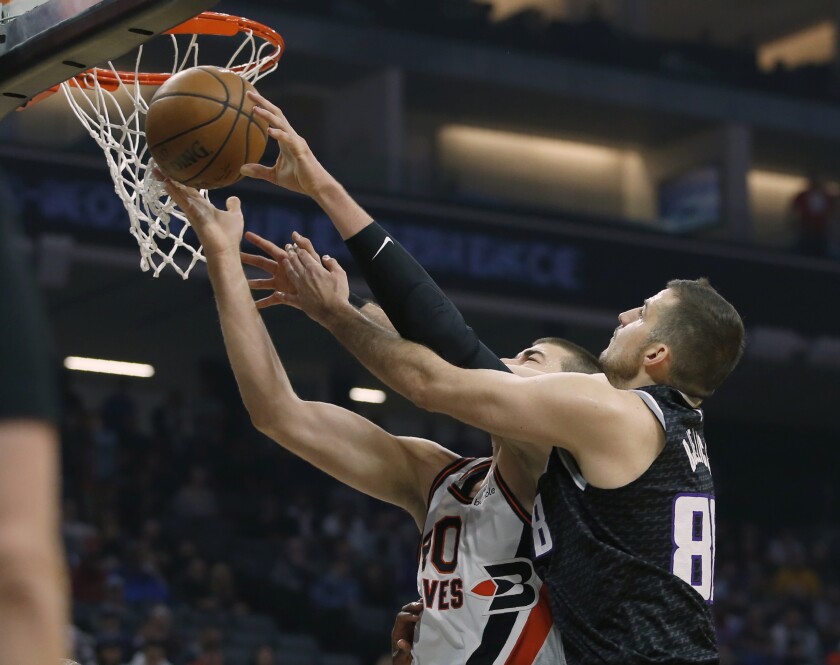 In the past decade, the Clippers said goodbye to three stars who brought them buzz and jettisoned an owner who brought them bad headlines. They added a new owner, two new superstars and championship expectations. It was like an “Extreme Makeover” episode that lasted 10 years.

It was fitting, then, that amid all that change, one of the few constants would re-emerge on the decade’s final day: a Clippers victory in Sacramento.

Behind a game-high 24 points from Kawhi Leonard, a short-handed Los Angeles roster extended its road winning streak in Sacramento to 14 games with a 105-87 victory over the Kings on Tuesday afternoon.

The Clippers improved to 17-4 in the state’s capital since the start of 2010 and have not lost here since March 19, 2013. It’s the longest active streak of its kind in the NBA.

The Kings, meanwhile, have not won since Dec. 15. The loss pushed their losing streak to eight games, and scattered boos were heard throughout Golden 1 Center at halftime and at the final buzzer.

Sacramento center Richaun Holmes scored a team-high 22 points and Buddy Hield (20 points) was the only other teammate to score in double digits.

Clippers forward Paul George continued his rough shooting stretch for a fifth consecutive game by making six of his 25 shots. He finished with 21 points, 11 rebounds and nine assists.

Without guard Patrick Beverley, whose sprained right wrist led him to miss the first of what coach Doc Rivers said will be a “couple games, for sure,” the Clippers started Landry Shamet for the first time since Dec. 14. Shamet had focused his offseason training on sharpening the point-guard skills he’d developed while running Wichita State’s offense, but his time with the starting backcourt Tuesday was abbreviated. Only three minutes into the first quarter, he’d been whistled for two fouls and was replaced by Derrick Walton Jr., himself another rotation alteration because standout reserve Lou Williams, the team’s third-leading scorer, missed the game for the birth of a son.

Walton Jr. quickly earned two fouls, as well, putting the limited backcourt depth in a precarious position. Instead, Leonard and George picked up the play-making slack with seven combined assists in the first quarter, hitting cutting teammates for open looks when the Kings’ defense became too focused on the Clippers’ two stars.

The backup backcourt of Walton Jr. and Rodney McGruder combined to score nine points in the opening quarter. George, who had made 31% of his shots in his previous four games and none of his first six shots Tuesday, began to look for his own shots to start the second, scoring nine points in the quarter’s first six minutes.

The half ended with scattered boos among the home crowd and a 17-point Clippers lead.

Each time the Kings threatened to cut their deficit to single digits in the third quarter, the Clippers had an answer, usually in the form of Leonard, who made five of his seven shots, plus all four free throws, to score 14 of the team’s 31 points in the quarter.

The Kings cut their deficit to 11 points with eight minutes remaining in the fourth quarter, with multiple chances to trim it to single digits for the first time in the half. But a 7-0 Clippers run pushed back against that threat and led fans to leave the stadium, hoping for better results in the new year.