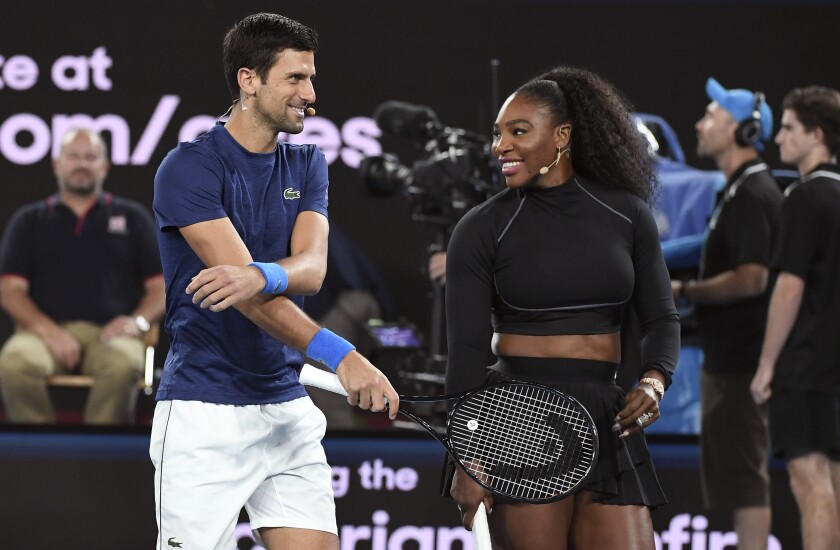 The Australian Open is often called the “Happy Slam” for its relaxed feeling and swarms of knowledgeable fans who invest their emotions in every point of the year’s first major tournament.

But the cheer that customarily reigns has been replaced this year by anxiety over the bushfires that have ravaged parts of Australia and dispatched smoky air toward Melbourne Park, where several players complained of breathing problems last week.

Some qualifying matches were delayed because of poor air quality that triggered coughing spells and gasping. Delila Jakupovic of Slovenia collapsed during her match, Maria Sharapova and Laura Siegemund agreed to halt an exhibition match, and Australia’s Bernard Tomic needed medical attention for breathing problems.

Denis Shapovalov of Canada, seeded 13th, said he wouldn’t play if he believed conditions to be unsafe. “Obviously it’s a Grand Slam, it’s a big opportunity, but I’m 20 years old. I don’t want to risk my life, risk my health being out there in these conditions when I can play for the next 10, 15 years,” he told reporters on Saturday. “For my own health, if it gets bad, I just don’t see what the point is.

“I think everyone’s kind of on the same page. I don’t think I’ve seen anyone happy with the way things are being dealt with.”

Tournament director Craig Tiley said competition will start Monday as planned. “We do have three indoor arenas in which we can compete. It may look different but the tournament will happen,” he said. “We are speculating if that would happen, but if we had to work it out we would.”

Williams, seeded No. 8, is still pursuing her 24th Grand Slam singles title and a share of the record held by Australia’s Margaret Court. Williams hasn’t won a Slam event since she prevailed in Melbourne in 2017 while in the early stages of pregnancy.

She has since lost in the final of Wimbledon twice and the U.S. Open twice, but she might gain confidence from her victory in a warm-up tournament in Auckland, New Zealand, her first title since she returned to competition.

Unlike the lead-up to her recent Slam appearances, she has been able to train without being hampered by injuries. “I think if she just takes a little bit of pressure off herself and she can just play her brand of tennis, I think she’s got a good shot at winning it,” said Chris Evert, who won two of her 18 Grand Slam singles titles in Australia and will be on site for ESPN.

Williams is in the same quarter of the draw as her sister Venus, the oldest woman in the field at 39. Venus Williams will start by facing the youngest woman in the draw, 15-year-old Coco Gauff of Florida, who won the pair’s matchup at Wimbledon last summer in straight sets and became an instant sensation.

No. 1 seed Ashleigh Barty of Australia, last year’s French Open winner, comes in buoyed by winning a pre-Open tournament in Adelaide, Australia. Defending champion Osaka is the No. 3 seed. Bianca Andreescu of Canada, the 2019 U.S. Open winner, withdrew because of a lingering knee injury.

On the men’s side, the “Big Three” of Rafael Nadal, Djokovic, and Federer will try to maintain their Grand Slam stranglehold. One of the three has won the Australian Open in 13 of the past 14 years, a run interrupted by Stan Wawrinka in 2014.

Nadal, 33, ended last year as No. 1 in the world after he and Djokovic each won two Slams. He has two Australian Open titles among his 19 Slam singles championships.

Djokovic, the defending champion, is a seven-time winner in Australia and the youngest of the trio at 32. With 16 Slam singles titles he has the potential to surpass the 20 won by Federer, who is 38 and hasn’t won a Slam singles event since the 2018 Australian Open.

Djokovic and Federer are in the same half of the draw, setting up a potential semifinal meeting.

John McEnroe, a seven-time Slam singles winner who’s now a commentator for ESPN, said the top three remain favorites despite the advances made by young challengers such as No. 4 seed Daniil Medvedev, who lost a thrilling five-set final to Nadal at last year’s U.S. Open.

“Medvedev, to me, is the guy that has the best chance of winning it right now,” McEnroe said during a conference call. “I think it’s closer than ever, obviously, that these young guys are going to make a breakthrough, but you’ve got to tip your hat to the three guys.”