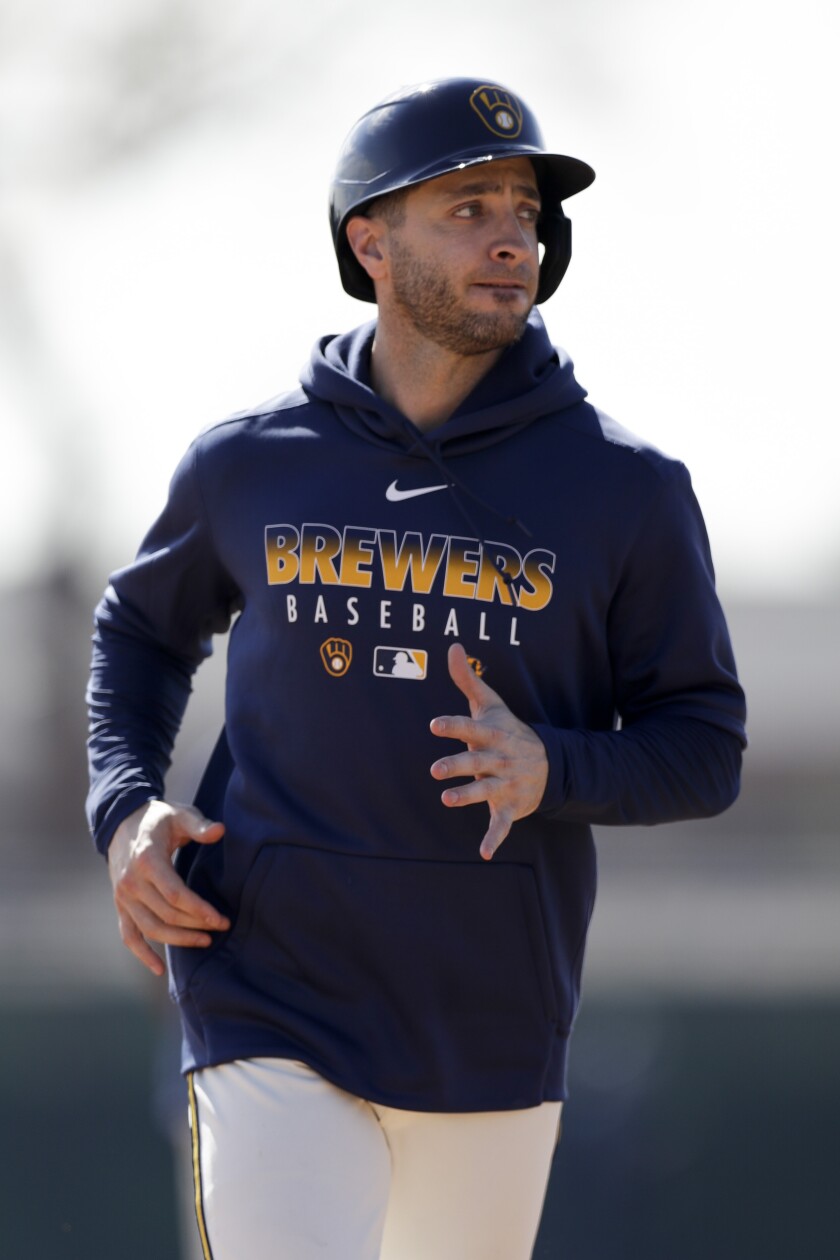 Column: Brewers’ Ryan Braun hopes there’s a 2020 MLB season because it could be his last

As Milwaukee Brewers outfielder Ryan Braun prepared to leave his Malibu home Monday to return to Milwaukee for the restart of team training, he wasn’t sure how long he would be gone.

“There’s still a part of me that isn’t quite sure we will actually play games,” said Braun, a six-time All-Star. “I’m optimistic that we will play games, but obviously if we look at what’s happening in the country, the COVID numbers are not good. There are a significant number of athletes who have tested positive, which is indicative of the overall numbers in our country right now.”

About half of MLB‘s 30 teams play in states that show a rise in 14-day trends in COVID-19 cases. MLB plans to start its regular season July 23 or 24, and it will do so outside of a “bubble” similar to what the NBA, WNBA and MLS will be entering in Florida next month.

Baseball will be played in the usual ballparks, and the players will be driving home after games, eating at restaurants, hanging out with friends and family in some of the biggest COVID-19 hot spots.

Fans in the stands in 2020? Major League Baseball isn’t totally ruling it out

Fans in the stands in 2020? Major League Baseball isn’t totally ruling it out

Fans in attendance at MLB games this shortened season is a possibility, according to the Operations Manual and other factors.

“We’re all hopeful we’ll be able to complete a season,” Braun said. “Ultimately, the most important factor in all of this is the safety and health of everyone involved because we’re going to be traveling, staying in hotels, riding on buses and airplanes and doing all of these things where we will be around and interacting with people in communities all over the country. If our health and safety become compromised, we would all be understanding but at the same time disappointed of having to cancel the season.”

Braun is leaving behind his wife, Larisa, 5-year-old daughter Celine, 3-year-old son Greyson and 4-week-old son Carter. As things are, he isn’t comfortable with them traveling to Milwaukee right now. He wants to wait to see whether there is even an MLB season and where both regions are in terms of case numbers and hospitalizations next month.

“They won’t come initially because there’s a lot of unknowns and uncertainty,” he said. “I think it’s easier and safer to stay here for now and then we’ll assess how things go and if everything is normal and safe.”

Braun, who will be 37 in November, is entering the final year of a five-year, $105-million extension and said this season — if there is one — could be his last.

“Christian [Yelich] and all those guys like to make fun of me because I’m the old guy in our group, so they think this is my last year,” said Braun, who was the National League’s rookie of the year in 2007 and its MVP in 2011. “I do have three young children, so certainly it’s a possibility. We’ll see how this year goes and see where I’m at physically.”

Braun said he was confident players and owners would do everything possible to get the season in, even if it meant relocating games or teams.

“We recognize there might be some situations where teams have to move or game locations are moved at the last minute and we’re fine with that,” he said. “I think we’re ready to embrace that because playing a season will positively impact so many people’s lives. … We’re excited about the idea of getting started but there’s also some nervousness and some apprehension.

“The most important aspect of any of this stuff is the health and safety of the players, coaches, personnel and everyone else. It depends on what happens with public health officials, with the CDC, with the government with everything that’s happening with COVID numbers.”

As Braun spoke, he was holding a bottle of hand sanitizer and wearing a “California Strong” mask as he sat in his backyard overlooking the Pacific Ocean. California Strong is the nonprofit foundation started by Braun; Yelich; Mike Attanasio, son of Brewers principal owner Mark Attanasio; Cincinnati Reds infielder Mike Moustakas, who had been with the Brewers the previous two seasons; and Rams quarterback Jared Goff.

The foundation originally began with the help of the Southeast Ventura County YMCA to raise money and awareness to support those affected by the shooting at the Borderline Bar & Grill in Thousand Oaks and the destruction wrought by the California wildfires in November 2018. It has now transitioned into COVID-19 relief.

The Dodgers named 51 players to their initial 2020 season player pool, and none are players drafted earlier this month. They can add up to nine more players.

The foundation says it has donated money, meals and equipment to several public-service organizations, and its founders are looking forward to resuming their careers — when it’s safe.

“I’m excited about having the opportunity to go back and play, but at the same time I’m a little bit scared of what it will look like,” Braun said. “My biggest priority is being a father first and a husband second, so to leave three young children and my wife to go into an environment where I don’t know what it will look like or when exactly I will come back or how safe it will be, it’s a little bit scary and completely different than anything I’ve experienced before.”