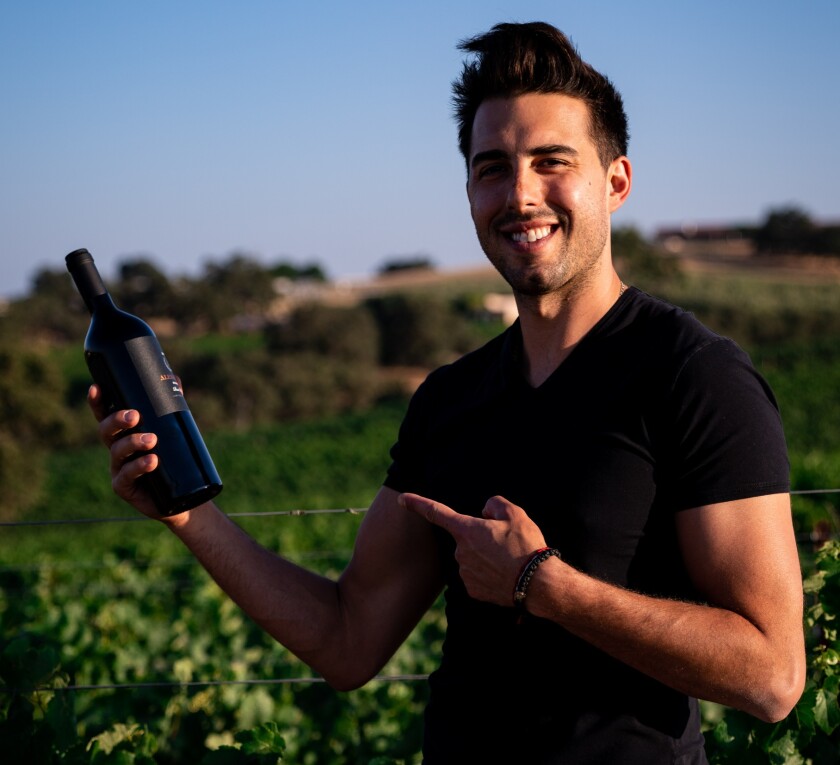 Column: Ex-Lakers fan favorite Sasha Vujacic is pouring wine but would like to sink shots again

While the Lakers go through warmups at Staples Center, Sasha Vujacic is one mile away at the Los Angeles Athletic Club, standing behind a row of wine bottles.

As Vujacic picks up a bottle to pour a glass of Bordeaux for a guest, she can’t stop staring at him.

“I can’t believe the man who hit those two free throws is pouring me wine,” she said. “This is so cool.”

Vujacic simply smiles as he finishes a healthy pour before moving on to the next guest. Vujacic, a Lakers fan favorite from 2004 to 2010 who was nicknamed “the Machine,” is reminded on a daily basis about the two free throws he hit to seal the Lakers’ win over the Boston Celtics in Game 7 of the 2010 NBA Finals.

“Thank God for those free throws,” Vujacic said. “Doors opened for me after that. I can’t imagine what would’ve happen if I missed. Those were the two free throws I was always dreaming of as a kid. That was the opportunity I had worked for, and it meant so much that my teammates and coaches wanted me to have the ball in that moment.”

The free throws served as the high-water mark of a memorable three-year run with the Lakers in which he played in three consecutive Finals and won titles in 2009 and 2010. That run also laid the groundwork for the next chapter of his life and the reason he’s pouring wine for a room full of guests.

While Vujacic was focused on winning his first title with the Lakers 10 years ago, his stepfather, Goran Bjekovic, and mother, Ksenija, had their sights set on finding a location for the family’s winery. They settled on a location just east of Paso Robles on California’s Central Coast and named it S&G Estate for Sasha and Goran. The 30-acre property includes 11½ acres of grape vines and 650 olive trees. It’s where the family produces an award-winning Bordeaux blend and olive oil called “Aleksander,” which is Vujacic’s birth name.

“I hated that name when I was younger,” Vujacic said. “As a kid, I would get into fist fights over it and kids would know how to provoke me. It was just too long, and I preferred Sasha. I didn’t want anyone to call me that. The only one I couldn’t stop was [Phil Jackson]. He knew how to get me going. So you can blame him for calling me that every time I got under someone’s skin with my pesky defense.”

Vujacic’s family took it upon themselves to name the winery “Aleksander.” They turned down every other suggestion he made because they believed the name represented the journey they made from Slovenia to Italy to the United States. They also wanted the name to highlight a different side of Vujacic with the focus being on his wine, not his basketball career.

“I didn’t like the name for a long time,” Vujacic said. “But when I saw it on the bottle, it made sense. It wouldn’t have looked the same if it was called Sasha.”

The family’s love of wine started in their native country of Slovenia but began to take shape in 2001 when they moved with Vujacic to Italy after he signed a contract to play professional basketball when he was only 15. The idea of opening a winery started in 2004 when the Lakers drafted Vujacic in the first round and the family would make occasional trips to wine country.

The winery born from family trips and meals is still very much a family business today. His stepfather serves as co-owner and winemaker; Al, Vujacic’s brother who played college basketball at Redlands, is the director of business development; his sister, Nina, who graduated from UCLA and is pursuing a PhD there, assists with marketing and public relations; and his mother oversees it all and makes sure the operation runs smoothly.

Vujacic, who lives in Manhattan Beach, and his brother routinely host wine tastings for prospective wine club members and drives to the winery.

“As much as it was my dream to come to L.A. and win with the Lakers, the silent side dream was to have a family wine business with my mom, dad, brother and sister,” Vujacic said. “Both of my dreams have come true.”

As much as Vujacic, 35, is enjoying his new role, he believes he has some unfinished business on the basketball court. The 6-foot-7 shooting guard last played in the NBA in 2017 with the New York Knicks but competed professionally in Italy last season and believes he has one more run in the NBA in him.

“I love the game so much, and I don’t want to walk away yet,” Vujacic said. “I’m in the best shape of my life right now. I work out every summer with DeAndre Jordan, and he said the same thing. I’m 35, but I feel like I’m 25. As long as I have that desire and fire inside of me, I’m going to keep pushing.”

Vujacic has been training daily with the goal of playing one more season for an NBA team in search of an outside shooter with championship experience. As he makes his way around the LAAC for his wine-tasting event, he talks to members who saw him on the court in the morning. He was at the gym for three hours with his brother, who helps him with basketball drills before they shift their focus to the winery. The goal is to continue playing, but whenever he does retire, he wouldn’t mind getting into coaching or another role to stay in the game.

“I’ve learned from the greatest coach of all time in Phil Jackson as well as from some not-so-great ones,” he said. “I’ve had the best and worst experiences, and I know what to do and what not to do. Kobe Bryant, one of the greatest players ever, was like a big brother to me, and I learned so much from him. I have a lot to give back. I want to stay in basketball in some way.”

The American dream that began when Vujacic was drafted by the Lakers in 2004 came full circle this summer when he was sworn in as a U.S. citizen at a naturalization ceremony at the Los Angeles Convention Center next to Staples Center. A decade after winning his first championship with the Lakers and finding the location for his winery, Vujacic took a photo with his U.S. citizenship certificate while wearing his winery’s hat in front of the building where he made the two biggest free throws of his career.

“I’ve been here for 15 years, longer than any other country. This is my home,” Vujacic said. “When I walked out and saw Staples Center, I realized nothing happens by coincidence. Everything is connected. The dots always connect. I’m proud to be a Laker, and I’m proud to be an American citizen.”