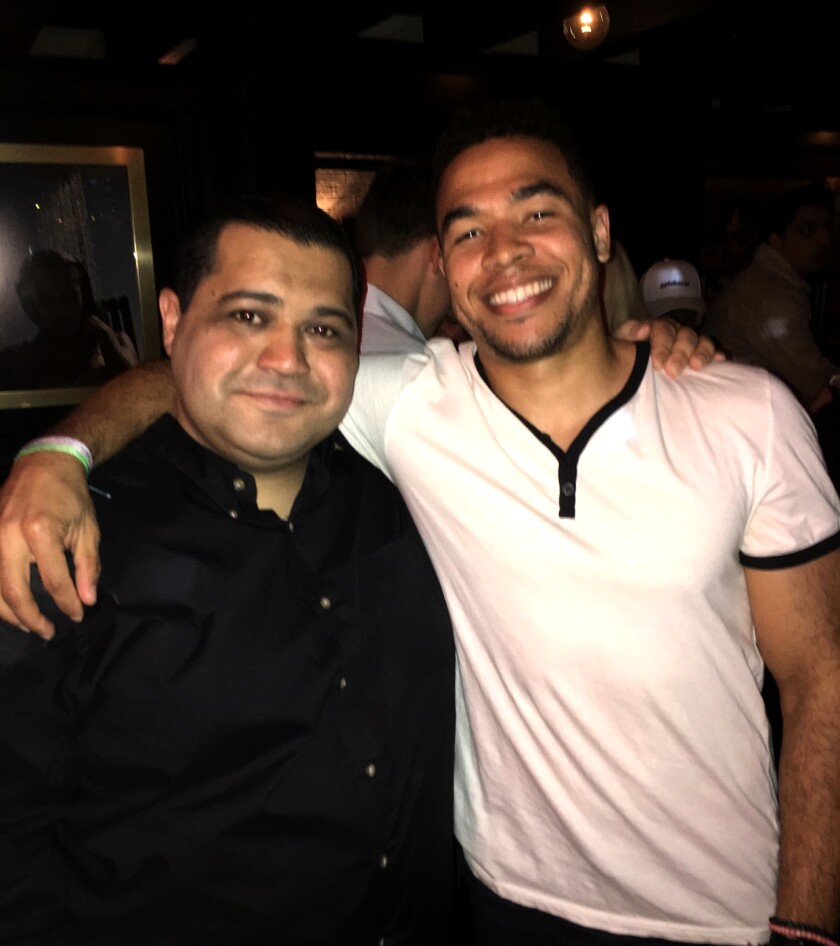 I wanted to send those texts anyway because the news of his sudden passing Tuesday night after recently contracting pneumonia doesn’t seem real. This feels like a bad dream I’ll wake up from soon and retell him over drinks at the Rose Bowl media party.

Edward was a rising a star at ESPN. He covered college football and became a regular on television. Christmas Eve was supposed to be a celebration of his 34th birthday, not a celebration of a life cut short.

I first met Edward three years ago in Tampa while we were covering the College Football Playoff national championship between Clemson and Alabama. We were both working for ESPN at the time — he was based in Atlanta and I was in Los Angeles — and had never met.

We immediately hit it off.

That was easy to do with Edward. Anyone who knew him, loved him. He lit up every room he walked in with his infectious personality and beaming smile. It was hard not to be happy when you were around the guy.

That feeling when you find out Lebron is heading to the Lakers and the @raptors will be relevant again!! #lalaland @arashmarkazi

A few months later he emailed me that he was moving to Los Angeles. We talked about possible places he could live close to work and, more importantly, places we could go to drink after work.He was there to capture my reaction after LeBron James signed with the Lakers (above), became a regular at any party I threw (below) and was by my side when I almost got into my first fight at Shellback Tavern. He defused the situation but loved retelling the story of that crazy night.

In an industry dominated by divas and egos, Edward was a ray of sunlight. He was the best-dressed guy in the room and the first to compliment you if he liked your wardrobe, especially your socks. He worked for the “Worldwide Leader in Sports” but always made it a point to compliment a young reporter for a good question or a good story. He never forgot he was that young reporter not too long ago and cherished the opportunity to help someone realize their dreams. Even after I left ESPN last January, he would call or text me after reading a story of mine he liked. That might not seem like a big deal, but I can probably count on one hand the number of peers who do that.

Anyone who knew or met Edward quickly discovered his unhealthy obsession with Godzilla (he was actually an extra in “Godzilla: King of the Monsters”) and for expansion teams that began playing after 1992. He was perhaps the only person who has rooted for the Carolina Panthers, Anaheim Ducks, Colorado Rockies, Toronto Raptors and Atlanta United FC. He attended the University of Florida from 2004 to 2008, covering the Gators’ 2008 national championship season for the Gainesville Sun. He was a household name in Florida, but it didn’t take long for him to become one of the most popular and respected media members in Los Angeles.

“Very, very sad,” he said. “Very surprising. Wish nothing but the best for his family. Our condolences go out. He was nothing but first class to this organization and always to me. Ed, you’ll be missed.”

Edward’s life was seemingly just beginning. He had recently covered the Michigan-Ohio State game at “The Big House,” which had always been on his bucket list, for ESPN and was preparing to marry his fiancé, Katy, in New Orleans this spring. They were the kind of couple for which the hashtag #RelationshipGoals was made. Anyone who didn’t know them just has to watch the video of Katy getting down on one knee and proposing to Edward with a Godzilla ring to know how much they were meant for each other. It was impossible not to have a good time when you were around them.

It’s hard to believe that he’s gone. It’s a reality that none of his friends and family should have to experience, and a reminder to those who didn’t know him to cherish every moment you have with your loved ones.