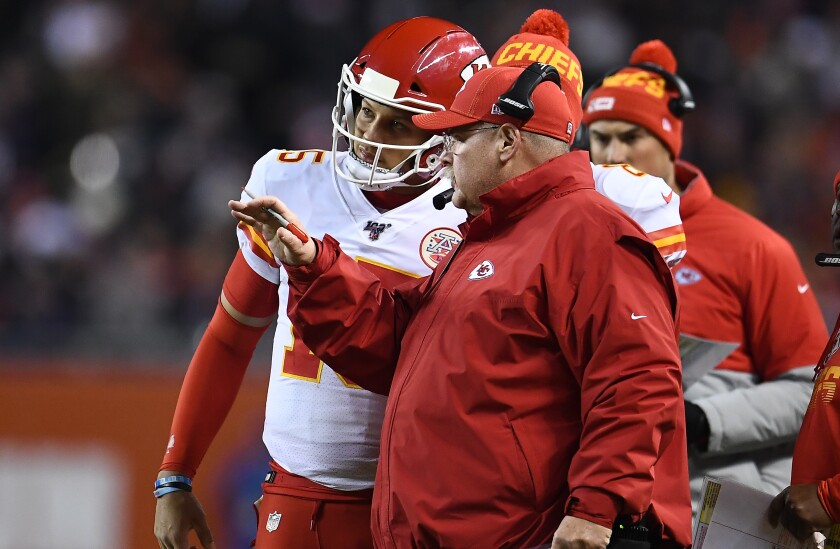 Column: The Chiefs will win Super Bowl LIV, and happy anniversary to me

When the San Francisco 49ers play the Kansas City Chiefs on Sunday in Super Bowl LIV in Miami, it will bring back one of the three greatest memories of my life.

This is the 25th anniversary of my #GirlDad Super Bowl.

It was this week in 1995 when, while in Miami covering another Super Bowl week involving the 49ers, I was summoned home to California in the middle of the night for the early birth of the marvelous Mary Clare.

Her mother, Lisa, and I brought M.C. home from the hospital just in time to join our two other children — the terrific Tessa and the wonderful Willie — in watching the 49ers crush the San Diego Chargers.

This is also, you see, the anniversary of my #BadPrediction Super Bowl.

Of the 20 occasions I have written a column predicting the winner of this game, I have been right four times. You can look it up. I’m the worst. I once missed on 11 consecutive games. I picked the Buffalo Bills three years in a row. Last season, I picked the Rams in a rout.

With my 20% success rate, I’m the worst Super Bowl predictor in the history of pundits, a streak that was epitomized by the #GirlDad Super Bowl. Surrounded by my three miracles, blessed with a new life, I picked with my heart, not my head, and my heart was with the then-cute and cuddly Chargers.

That’s how I have unapologetically picked the games ever since. I go with emotion. I go with feeling. I go with my gut, and sometimes, as with the New York Giants in 2008 and the Philadelphia Eagles two years ago, it works. Usually, however, the gut is wrenched.

The 49ers will fall behind quickly and Jimmy Garoppolo won’t be able to bring them back, because he is not Patrick Mahomes, not yet, not here, and the Chiefs will just keep piling it on.