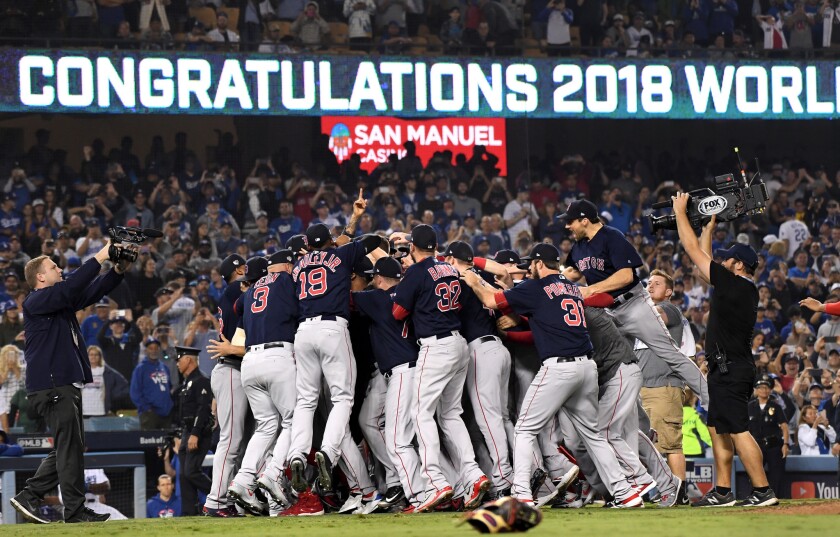 Both teams that beat them — the Houston Astros in 2017 and the Boston Red Sox in 2018 — now are under investigation by Major League Baseball for improperly using technology to steal signs.

During the 2018 regular season, according to a story posted by The Athletic on Tuesday, the Red Sox visited the replay room during games to review signs flashed by opposing teams.

“It’s cheating,” one person who was with the 2018 Red Sox told the Athletic. “Because if you’re using a camera to zoom in on the crotch of the catcher, to break down the sign system, and then take that information and give it out to the runner, then he doesn’t have to steal it.”

The league monitored replay rooms during the 2018 postseason, making it unlikely the Red Sox would have been able to use the system during the World Series.

The Astros’ system, as told by pitcher Mike Fiers to The Athletic last November, involved a system in which a camera in center field focused on the catcher’s signs. The camera feed was viewed on a television behind the Astros’ dugout, and banging on a trash can relayed to the batter that an offspeed pitch was coming.

It is not considered likely that MLB would vacate the World Series titles won by the Astros and Red Sox, or would award either championship to the Dodgers. Fines, suspensions, and a loss of draft picks would be more likely sanctions.

The investigation into the Red Sox will broaden an already deep probe.

MLB commissioner Rob Manfred said last month that league investigators had reviewed 76,000 emails with regard to the allegations against the Astros. He said the league had completed almost 60 interviews, with more to come.

“It is my hope to conclude the investigation just as promptly as possible, but it’s really hard to predict how long something like that is going to take,” Manfred said.

“At this point in the investigation, it would be wholly inappropriate for me to speculate about what types of discipline might be in play. I’m going to get all the facts in front of me and make a decision as promptly as possible on discipline, and obviously you all will know about it as soon as it happens.”