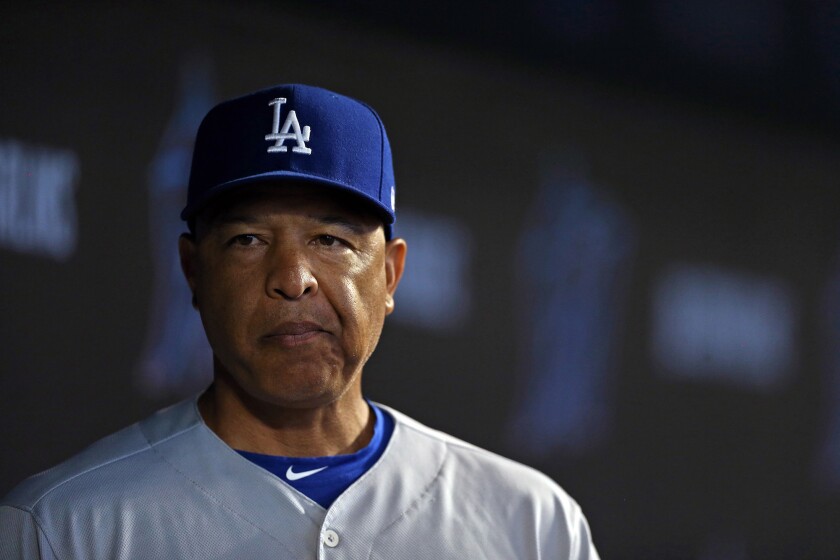 While the Houston Astros offered more hollow apologies for illegally stealing signs at a bungled press conference in Florida on Thursday morning, Dave Roberts was busy.

“I have no idea what transpired,” Roberts said.

The Dodgers manager, a man whose legacy has been impacted by the Astros breaking rules in 2017, was on the back fields at Camelback Ranch. It was report day for his pitchers and catchers. He observed as they worked in the bullpens and batting cages. He insisted his mind was on them and preparing the 2020 season, not on being cheated out of a World Series title.

“I can’t speak for him, and he’s going to give his thoughts and opinions, which he’s entitled to do,” Roberts said. “As far as the game of baseball, there’s a lot of variables that anyone who has played the game or knows the game knows that can impact a game. I don’t think that’s going out on the limb.”

Roberts was the only member of the Dodgers available to media. Players filed in and out of the building; several position players had arrived days ahead of their Monday reporting date.

Before the club’s first full-squad workout Tuesday, Roberts will address his team in the clubhouse. He said he will not mention the scandal that rocked the sport the entire offseason.

“I really don’t think I need to,” Roberts said. “There’s obviously been a lot made of it and to expend energy or try to get more clarity, I don’t think that is needed, is necessary.”

Roberts was among the members of the Dodgers organization to publicly address Major League Baseball’s report on its investigation at FanFest last month. Enrique Hernández said the Astros cheated and got away with it. Justin Turner said it was difficult to believe they earned the championship. President of baseball operations Andrew Friedman said he would like to see more remorse from the offenders.

Since then, reports have emerged suggesting that the Astros’ front office was more involved in creating and prolonging the illegal system than MLB’s report indicated. MLB had insisted the cheating was “player-driven” with help from bench coach Alex Cora.

But the continued emergence of revelations, a slow drip with no end in sight, has uncovered a grander scheme. That, however, doesn’t do much for the Dodgers.

“Our stance has been what happened, happened,” Roberts said. “There’s nothing we can do to change it.”