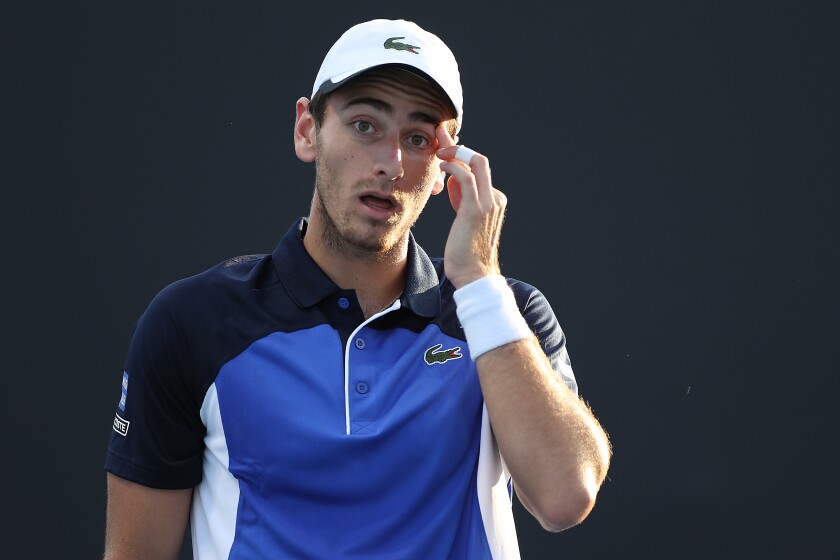 Elliot Benchetrit has been getting slammed for not wanting to get hand cream all over a banana he was planning on eating during an Australian Open qualifying match Saturday in Melbourne.

Actually, Benchetrit has been getting slammed for asking a ball girl to peel the banana for him during his match with Dmitry Popko.

The girl looked at chair umpire John Blom, who apparently told her not to indulge the 21-year-old Frenchman. So she handed the banana back to Benchetrit, who ended up peeling it himself.

Video of the incident made the rounds on social media, with some folks accusing Benchetrit of being sexist. Tennis legend Martina Navratilova retweeted the clip and wrote, “What’s next- grapes?” along with the hashtag #entitlement.

What’s next- grapes?😱#entitlementJohn did the right thing, that’s for sure https://t.co/VuViqZLdrA

“At 6-5 in the final set, during the changeover, I asked the ball girl to peel the banana for me as I had put some cream on my hands in order not to sweat,” Benchetrit told CNN.

“She had done it once before at the beginning of the match. But the second time the chair umpire stepped in and told me that the ball girl was not my slave and I had to peel the banana myself.

“I could not believe that the umpire said that and I find incredible how this situation got out of control on social media without people knowing what really happened on court.”

Blom did not respond to CNN’s request for a comment.