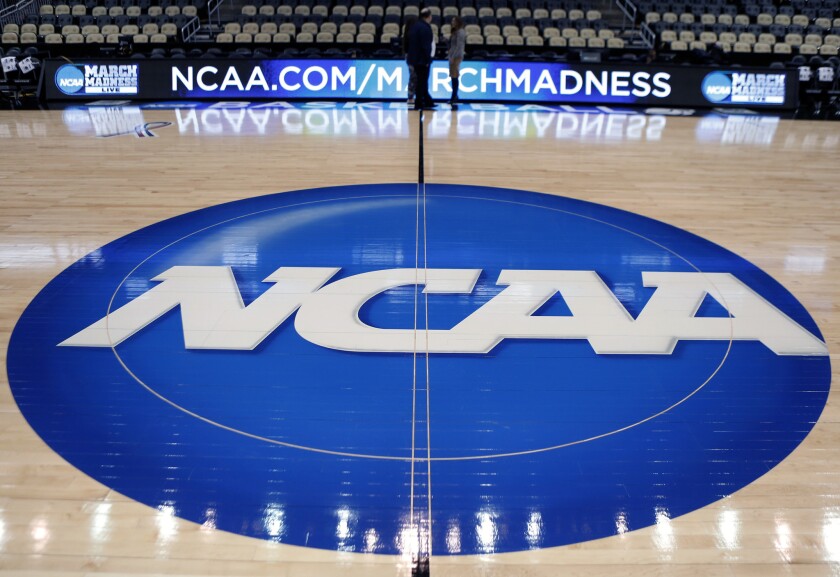 Marty Blazer, the onetime financial advisor whose work as an FBI informant set in motion the federal investigation into bribery and corruption in college basketball, avoided prison time Thursday in an investment fraud case.

U.S. District Judge Edgardo Ramos sentenced Blazer to one year of probation, $1.5 million in restitution and forfeiture of $2.3 million during a hearing in Manhattan.

The Pittsburgh-based Blazer pleaded guilty in 2017 to two counts of wire fraud, securities fraud, aggravated identity theft and lying to the Securities and Exchange Commission after misappropriating $1.5 million from several clients.

Prosecutors asked the judge for leniency because of Blazer’s years-long cooperation with the college basketball investigation that ensnared USC, Arizona, Louisville and several other schools.

Four college basketball assistant coaches were arrested in September 2017 as part of the investigation — USC’s Tony Bland, Arizona’s Book Richardson, Auburn’s Chuck Person and Oklahoma State’s Lamont Evans — and charged with accepting bribes in exchange for directing players to use a specific sports management company when they turned pro.

All were fired and accepted plea bargains.

Blazer started cooperating with federal authorities in late 2014, according to court documents, traveling the country at his expense to secretly record meetings with college basketball and football coaches, player agents, athletes and their families.

Dawkins and Merl Code, another former Adidas employee, were found guilty of conspiracy to commit bribery in the trial. Ramos, the judge who sentenced Blazer on Thursday, presided over the case.

“Blazer’s efforts required a significant level of personal sacrifice,” prosecutors wrote in the letter to the judge.

In a sentencing memorandum filed last week, Blazer disclosed that he’s cooperating with the NCAA’s investigation into the scandal. USC, Kansas, North Carolina State, Oklahoma State and Texas Christian have received notices of allegations from the NCAA. More schools are expected to be implicated. The extent of Blazer’s cooperation isn’t clear, but the court filing said an NCAA representative would provide a letter to the court about the “nature and value” of the cooperation.

No letter from the NCAA had been added to the case docket as of Thursday morning.