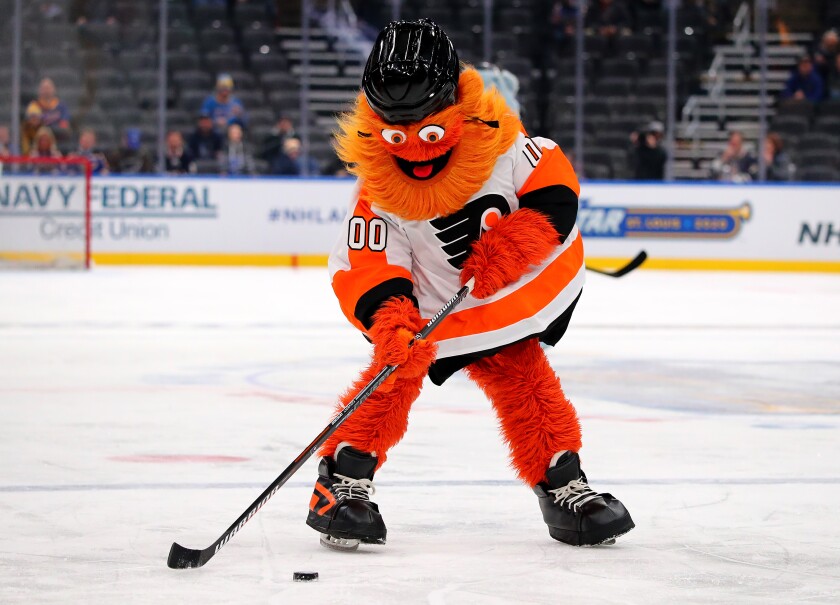 Gritty is a free man ... or a free whatever kind of creature the Philadelphia Flyers mascot is supposed to be.

The person who plays the beloved fuzzy, orange creature with the googly eyes has been cleared by Philadelphia police of allegations that he punched a 13-year-old boy in the back hard enough to leave a bruise.

“That investigation, which has been completed and is no longer active, determined that the actions of the individual portraying the Flyers’ mascot did not constitute physical assault as alleged,” the police said Monday in a statement.

Flyers season ticket holder Chris Greenwell told the Philadelphia Inquirer last month that his son, Brandon, playfully patted Gritty on the head after posing for a group shot that included the mascot. As the boy was walking away, Greenwell said, Gritty got out of his chair, “took a running start” and “punched my son as hard as he could” in the back.

Greenwell told the Philadelphia Inquirer that his son suffered from mild back pain and a chiropractor diagnosed him with a back bruise.

The Flyers conducted their own investigation into the alleged incident and “found nothing to support this claim,” the team said in a statement last month.

“I respect the police’s decision, but I stand by what my son told me and what I saw, and I just want to put this behind me,” Greenwell told the Inquirer on Monday. “Any parent would have done the same if they were in the same situation.”

Even after his brush with the law, Gritty doesn’t seem to be looking to tone down his bad boy image.

While playing basketball during a recent appearance at Saint Francis de Sales School, he batted away a nun’s shot, then taunted her by thrusting his body fat in her direction twice.

On Tuesday, he tweeted out a video of that incident with the caption, “Business as usual.”