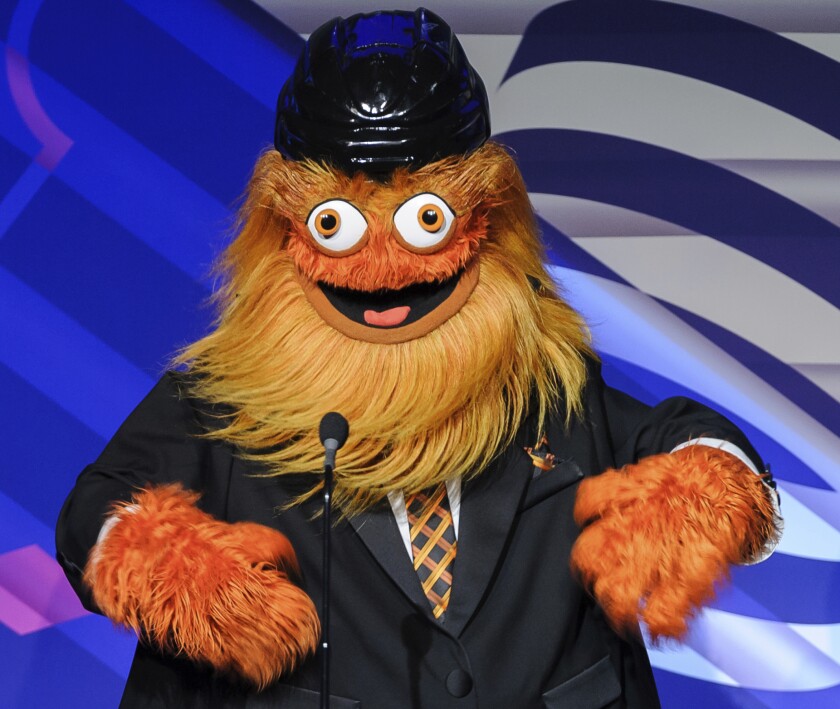 Philadelphia Flyers mascot Gritty has been known to fight little kids from time to time.

And, sure, he tackled Santa that one time.

And also once knocked down a dozen goalies with one mighty shove.

But would the beloved fuzzy, orange creature with the googly eyes really punch a teenager in the back hard enough to give him a bruise?

That’s what one Flyers fan said happened during a special event for season-ticket holders in November.

Chris Greenwell told the Philadelphia Inquirer that his 13-year-old son, Brandon, playfully patted Gritty on the head after posing for a group shot that included the mascot. As the boy was walking away, Greenwell said, Gritty got out of his chair, “took a running start” and “punched my son as hard as he could” in the back.

Greenwell told the Inquirer that his son suffered from mild back pain and a chiropractor diagnosed him with a back bruise.

After spending a month trying to work the matter out with the team, Greenwell reported the alleged incident to Philadelphia police in late December. Police confirmed to the Inquirer that an investigation into the alleged “physical assault” involving a “13 year old white male and Flyers mascot Gritty” is ongoing.

The identity of the person wearing the Gritty costume at the time of the alleged incident has not been revealed.

The Flyers released a statement on the matter Wednesday: “We took Mr. Greenwell’s allegations seriously and conducted a thorough investigation that found nothing to support this claim.”

Greenwall told the Inquirer that he hasn’t hired a lawyer and only wants an apology and something special for Brandon.

“Efforts to reach Gritty were unsuccessful as of Wednesday afternoon,” Inquirer reporter Christian Hetrick noted in his article.