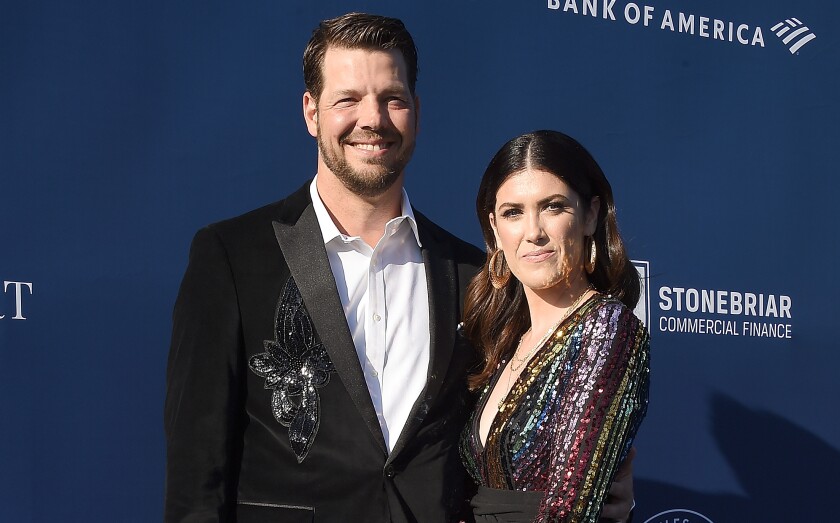 The trouble started when Hill’s wife, Caitlin, repeatedly tried to enter the stadium with an oversized bag, according to Robert Bolger, chief administrator for Foxborough police.

“She had been told several times, ‘No,’” Bolger said. “She tried several times to go to a different gate. She was ordered to leave the property.”

According to Bolger, she refused to leave the grounds when ordered to and was arrested on charges of disorderly conduct and trespassing.

Then Rich Hill noticed what was going on and tried to intervene, Bolger said.

“He saw her as they were trying to get her into a van to bring to the police station, and he started to interfere with the officers,” Bolger said. “He was told several times to back up and he would not. And he ended up getting arrested.”

An attorney for Hill and his wife released statements Monday regarding the arrests:

JUST IN - An attorney for former Red Sox pitcher Rich Hill & his wife has released a statement regarding their arrests this weekend at Gillette Stadium. @boston25 pic.twitter.com/1nCX5wNxon

Hill has played for eight teams during his 15-season career, including a brief stint with the Angels in 2014. He spent the last 3½ seasons with the Dodgers, going 30-16 with an ERA of 3.18 and appearing in 12 postseason games, including three World Series starts. He became a free agent after the 2019 season.