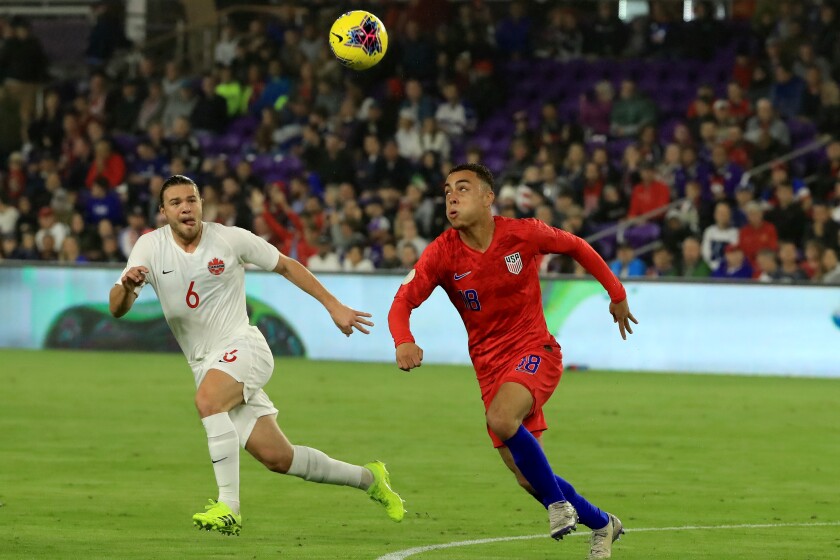 Gregg Berhalter knows where he’s supposed to take the U.S. national team he was hired to lead a year ago. But there are several ways to get to the World Cup, and the route the coach picked has proved to be riddled with potholes, detours and roads that lead nowhere.

And that’s led to withering criticism that he has lost his way.

“It is what it is,” Berhalter said with a shrug. “Everyone has a job to do. And my job is coaching the national team.

“There are parallel paths, right? There’s the path of getting results and there’s a path of developing a really young team, and sometimes those paths go in different directions and you don’t always get the results, but the development is still there.”

On Friday night, Berhalter and his team got the development and the result they were seeking, with Gyasi Zardes scoring twice and teenager Sergino Dest picking up an assist two minutes into his first competitive game with the U.S., leading a 4-1 rout of Canada in a Nations League group-play match.

Considering the opponent, a Canadian team riding a wave of momentum and leading the group after beating the U.S. last month for the first time in 34 years, it might have been the Americans’ most important victory of the year.

It was certainly the most emphatic, with the U.S. scoring three times in the opening 34 minutes and never looking back. And that not only rescued the Americans’ pride and earned Berhalter some welcome breathing room, but it also erased Canada’s goal-differential lead atop the group table, leaving the U.S. needing only a win over Cuba on Tuesday to advance to the tournament semifinals.

“We haven’t done anything yet,” Berhalter cautioned. “We had an objective to go to the next round. We’re not in the next round yet.”

The U.S., which improved to 10-5-2 this year despite missing playmaker Christian Pulisic, captain Michael Bradley and starting goalkeeper Zack Steffen to injury, promised to come out aggressively and it did, with Jordan Morris scoring on a right-footed volley from the center of the box before many in the sparse crowd of 13,103 had found their seats. Dest set up the goal by running on to a bouncing corner kick and volleying it forward for Morris.

It was the first goal Canada (6-3) had allowed in four games and 286 minutes.

The Americans got two more before the break, the first on a counterattack that ended with Morris lifting the ball toward Zardes for a header at the near post in the 23rd minute, and the second on a set piece, with Tim Ream bending a left-footed free kick into the penalty area for Aaron Long to head home in the 34th minute.

In the second half, Canada’s Steve Vitoria and Zardes exchanged scores in the final 18 minutes, with Vitoria nodding in a corner kick only to see Zardes, the former Galaxy forward, answer just before stoppage time.

Canada had a 2-1 edge in time of possession and took just one fewer shot. But the game really wasn’t close.

“They were bloody clinical tonight,” Canadian coach John Herdman said. “Good for the U.S. They silenced some critics.”

The win didn’t answer every question, though. The U.S. has played well in stretches before, only to revert to clumsy and predictable play. So did the Americans, who played with passion and desire Friday, finally turn a corner? Or are they still stuck in the same rutted cul-de-sac?

Berhalter sees progress. But the destination is a still a ways away.

“We’re nowhere near where we need to be,” Berhalter said. “Or where we’re going to be.”