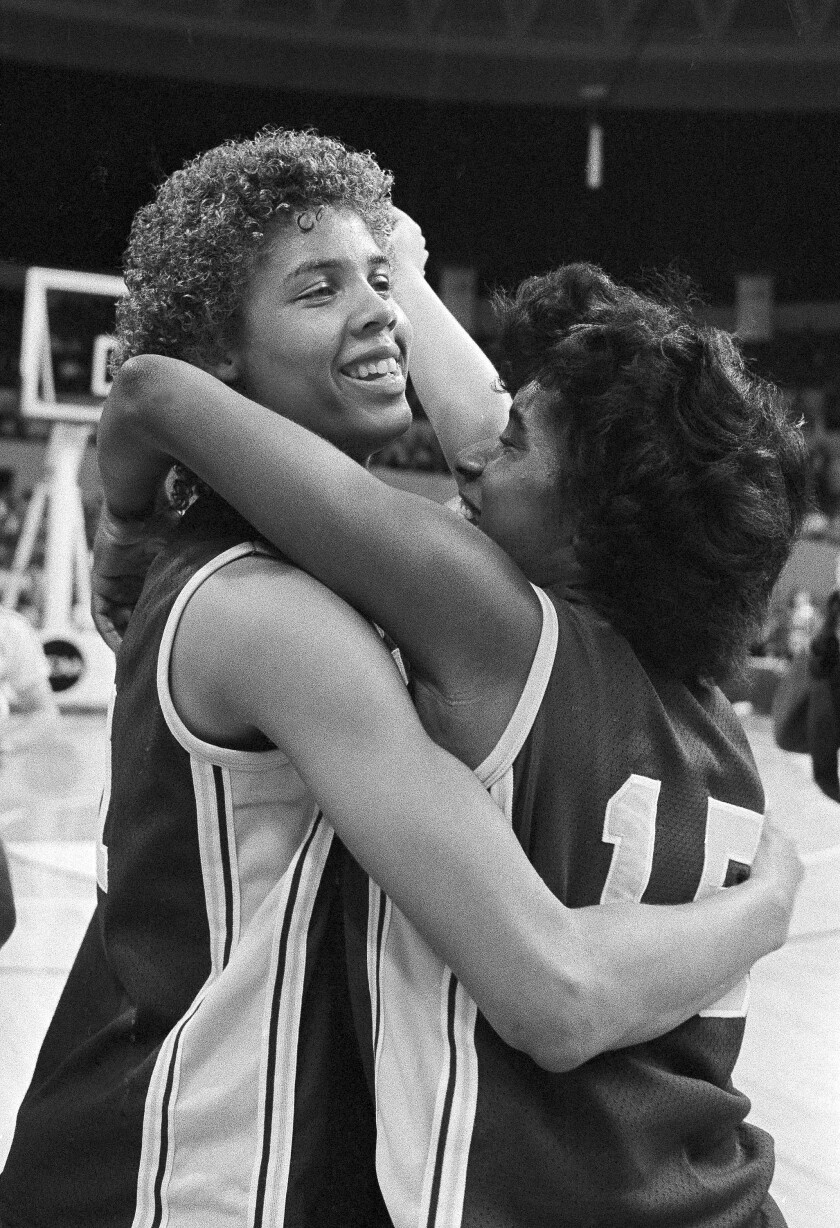 Just in time for March Madness, HBO Sports announced that it will air the Cheryl Miller-led USC team documentary “Women of Troy.” The documentary will highlight the university’s 1980s women’s basketball team whose rise to dominance came when Title IX’s impact on women’s sports was emerging.

The documentary explores how the Miller-led Trojans changed women’s basketball forever with their up-tempo style and superior athleticism en route to winning back-to-back national championships, and eventually influenced the birth of the WNBA, through first-person interviews, and archival photos and videos.

“Women’s basketball has evolved from a sport to a movement over the past few decades,” says Peter Nelson, executive vice president of HBO Sports. “Cheryl Miller and her team at USC played a significant role in the rise of women’s basketball, and their landmark contribution merits recognition and deeper reflection. We are excited that filmmaker Alison Elwood chose to direct this illuminating film.”

According to a news release from HBO, when the impact of Title IX was emerging in the 1980s, the “Women of Troy” were able to overcome adversity on and off the court, leading them to national prominence, two NCAA championship titles and a visit to the White House, a first for any women’s college program. With Miller, Pam McGee, Paula McGee, Cynthia Cooper, Juliette Robinson and Rhonda Windham, along with head coach Linda Sharp, these women brought to the court skills and a confidence that led the sport into the mainstream and the eventual birth of the WNBA.

The heart of the story is Miller, whose two collegiate titles, an Olympic gold medal, a broadcasting career at Turner Sports and head coaching stints at her alma mater and the Phoenix Mercury are just part of her history-making resume.

“I’m always drawn to stories about pioneers and this is a quintessential example,” says Bill Simmons, founder of Ringer Films. “The impact of Cheryl’s USC teams was on par with what Julius Erving did with the ABA – they took a sport that wasn’t on the map, reinvented it and paved the way for all the successes that women’s college basketball is enjoying now. And Cheryl was just iconic. I’m so excited that she finally gets her just due in this film.”

“These women were trailblazers whose talent and charisma created new possibilities for women in basketball and in countless other pursuits,” says the film’s director Ellwood. “Cheryl Miller, Cynthia Cooper and their teammates left the game of the past behind and created the game we know and love today.”

Ellwood has directed the feature films “History of Eagles” and “American Jihad.” “Troy” is produced by Gary Cohen of Triple Threat TV.

“Women of Troy” debuts on March 10 at 9 p.m. on HBO, and will be also be available on HBO on Demand, HBO NOW, HBO GO, and partners’ streaming platforms.