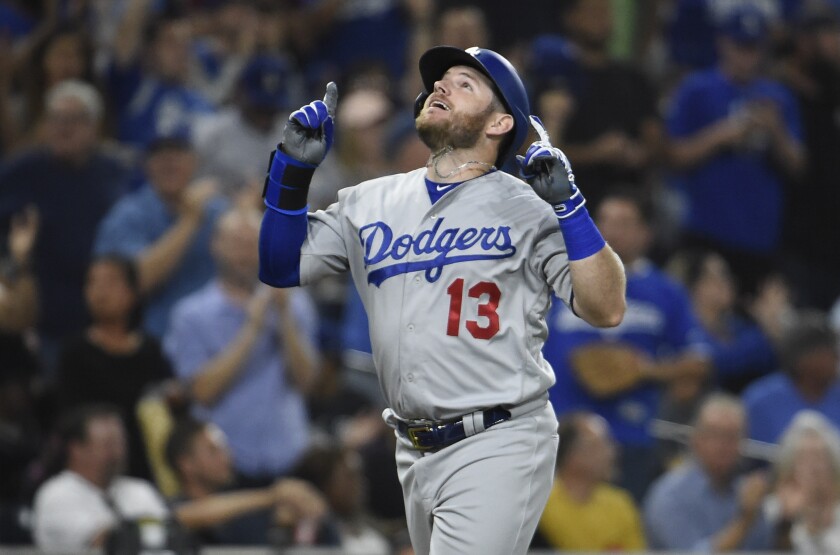 While the Dodgers agreed to three-year contract extension with Max Muncy to avoid arbitration and reward a top player, the mega three-team trade they agreed to 48 hours earlier to acquire Mooke Betts and David Price remained on hold.

The exchange between the Dodgers, Red Sox, and Minnesota Twins was agreed upon Tuesday. The Dodgers were to receive Betts, Price, and about $48 million to cover about half of the $96 million remaining on Price’s contract; the Twins were to get right-hander Kenta Maeda from the Dodgers; and the Red Sox were to acquire outfielder Alex Verdugo from the Dodgers and pitching prospect Brusdar Graterol from the Twins.

It was a bombshell felt across the country. The Dodgers, already the favorites in the National League, were poised to add Betts, the 2018 American League MVP, and Price, a former Cy Young Award winner. The Red Sox, one of baseball’s most prominent clubs, were trading a superstar in his prime to avoid paying the luxury tax, angering fans.

But the transaction encountered an obstacle when the Red Sox reviewed Graterol’s medical records, according to people with knowledge of the situation. Graterol, 21, underwent Tommy John surgery in 2015 and missed two months last season with a shoulder injury. The Red Sox decided Graterol presented more of a risk than they imagined.

The snag has also put a side trade between the Dodgers and Angels in limbo. In that deal, the Dodgers would reportedly trade outfielder Joc Pederson, right-handed pitcher Ross Stripling, and a prospect for infielder Luis Rengifo and prospects. But, according to reports, there’s also complication in that trade; the Angels were waiting until the completion of Pederson’s arbitration hearing Thursday.

To salvage the three-team swap, the Red Sox seek to reconfigure the trade. That could come in the form of a different player from the Twins, an additional player from either team, or sending less money to the Dodgers.

While the Dodgers were in a holding pattern on the trade front, they agreed to a three-year contract extension Thursday with All-Star infielder Max Muncy.

The deal is worth at least a guaranteed $26 million. It includes a $13-million team option for a fourth season or a $1.5-million buyout. The deal buys out all three years of arbitration and possibly Muncy’s first year of free agency. He will receive a $4-million signing bonus with salaries of $1 million in 2020, $7.5 million in 2021 and $11.5 million in 2022.

Muncy, 29, has risen from castoff to one of the top sluggers in baseball since arriving in Los Angeles in 2018. He has hit 35 home runs in each of his two seasons with the Dodgers, becoming the fifth Dodger in history to club at least 35 in back-to-back years.

He made his first All-Star team last season, finishing with a .251 batting average and a .889 on-base-plus-slugging percentage while splitting most of his time between first base and second base. He was one of the few offensive bright spots in the Dodgers’ five-game loss to the Washington Nationals in the National League Division Series, with three home runs and four walks in 23 plate appearances.

With Gavin Lux, the organization’s top prospect, knocking on the door at second base, Muncy figures to primarily play first base in 2020, with Cody Bellinger shifting to center field.

The Dodgers envision the 27-year-old Betts standing next to Bellinger, last season’s National League MVP, in right field on opening day to give them the best defensive outfield in the majors. They’d slot him atop their batting order to set the table for perhaps the deepest offense in baseball. He’s the superstar-caliber player they’ve sought all offseason after failed attempts to secure others. But a hiccup has complicated matters.