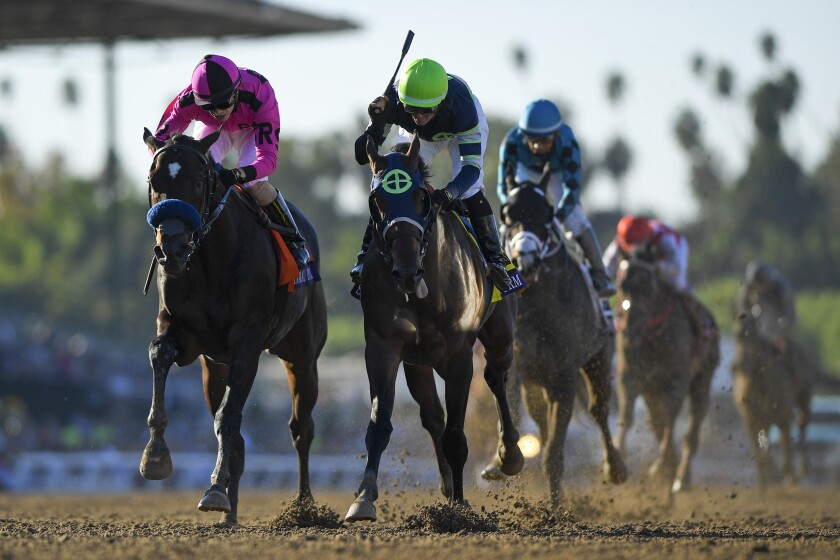 California’s stature in horse racing was given a stark dose of reality when the Eclipse Award nominations were announced on Saturday.

And while there were eight award winners based in Southern California last year, this year there is only one horse that has a realistic chance to take top honors. Storm the Court, trained by Peter Eurton, won the Breeders’ Cup Juvenile, which puts the colt in the thick of the wide-open 2-year-old male award.

Bast and McKinzie are trained by Bob Baffert, Belvoir Bay and Mo Forza by Peter Miller and Omaha Beach by Richard Mandella.

Nominees for horse of the year were Bricks and Mortar (the likely winner), Mitole and Maximum Security. A Southern California-based horse has won the top honor four of the past five years.

Southern California has seen a sharp decline in its horse population in light of the problems at Santa Anita, where 30 horses died racing or training for last year’s winter-spring meeting. In addition, some high-profile jockeys including hall of famer Kent Desormeaux, Joe Talamo and Tyler Baze will be racing in the East and Midwest instead of California this year.

The Eclipse Award winners will be announced Jan. 23 at Gulfstream Park in South Florida.

Here are the nominees, in alphabetical order:

Horse of the year: Bricks and Mortar, Maximum Security, Mitole.