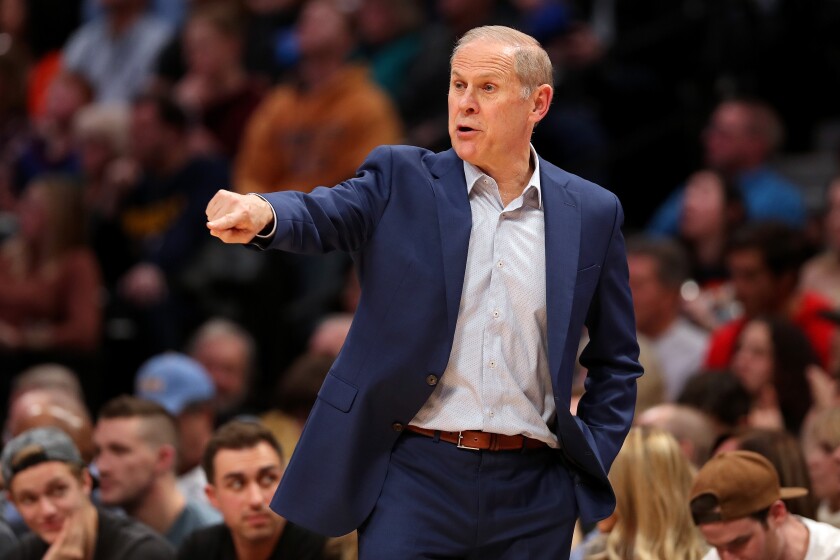 Cavaliers first-year coach John Beilein will end a rough season by stepping down after 54 games, according to multiple reports Tuesday night.

The former Michigan coach, who was a surprising hire by the Cavs last year because of his age (67) and lack of any pro experience, is expected to say goodbye to staff and players Wednesday when they return from the All-Star break, ESPN.com reported, citing anonymous league sources.

Beilein signed a five-year contract — the final year was a club option — in May. ESPN said he and the Cavaliers negotiated a financial settlement that will pay him a portion of the remaining money on his 2019-20 contract.

Cleveland is just 14-40 — the worst record in the Eastern Conference — and Beilein struggled to gain his players’ confidence or respect while the losses piled up.

Associate head coach J.B. Bickerstaff is expected to take over on an interim basis for Beilein. Bickerstaff coached in Memphis for nearly two full seasons before being fired last year. He was also Houston’s head coach in 2015-16.

Beilein’s departure continues a troubling pattern for the Cavaliers, who have been plagued by coaching instability and nearly constant change over the past few years. Bickertstaff is Cleveland’s seventh coach since 2013.

Beilein never got comfortable in his short time with the Cavaliers. He struggled to adjust to the pro game with its more demanding travel schedule and lack of practice time. Everything was so different than in college, where Beilein didn’t have to juggle massive egos and deal with players making much more money.

The losing took its toll on Beilein, who admitted being beaten down before the Cavaliers went their separate ways at the All-Star break. As it turned out, Cleveland’s first win at home since Dec. 23 that snapped a 12-game losing streak on Feb. 12 at Rocket Mortgage FieldHouse was Beilein’s final game.

When they hired Beilein, the Cavaliers felt his extensive college background would give him an advantage in developing Cleveland’s young players like guards Collin Sexton and Darius Garland. However, Beilein had a hard time connecting with his players and several veterans grumbled publicly and privately about his style.

There was a troubling stretch when veteran star forward Kevin Love expressed his frustration with teammates and the Cavaliers’ direction. Love later apologized, but it was clear to everyone around the team that Beilein wasn’t working out and something had to change.

Beilein also had his share of missteps. He inadvertently called his players “thugs” during a team meeting and while his apology was accepted, it didn’t help his cause within the locker room.

Beilein also had to deal with his son Patrick’s resignation as coach at Niagara. The younger Beilein cited personal reasons for leaving the program before his first game.

It’s not clear what will be next for Beilein, who went 571-325 at Canisius, Richmond, West Virginia and Michigan. He took the Wolverines to the NCAA Tournament nine times in 12 seasons.