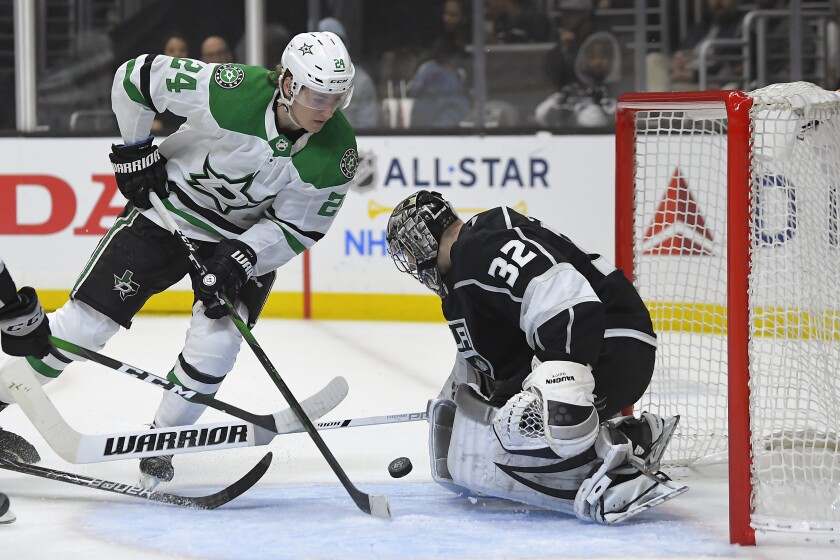 When the Dallas Stars’ team plane touched down in Los Angeles this week, John Stevens texted his wife. Back in town for the first time this year, the former Kings coach was passing along a simple message.

He had forgotten how much he missed his former home.

“It reminds you how much you enjoy your time here,” said Stevens, now midway through his first season as an assistant coach for a Stars team that beat the Kings 2-1 at Staples Center on Wednesday night.

During nine seasons with the Kings — seven as an assistant between 2010-2017, then two as head coach before being fired in November 2018 — Stevens has come to cherish life in Southern California.

There was the weather, which he enjoyed during his game-day runs, especially when the team would stay downtown during postseasons, allowing him to jog up-and-down the hills along Olive St.

There was the winning, which included two Stanley Cup titles during his time as an assistant and a 45-29-8 playoff season in his one full campaign as coach.

And there were the people, from fellow Kings coaches and front-office staff members, to the core group of veteran players whom the 53-year-old Stevens helped develop.

“My time in L.A. here was special,” Stevens said, before adding: “All things come to an end at some point.”

Indeed, after eight seasons of harmony, Stevens left the Kings on a sour note last fall.

Months after the team was swept out of the 2018 playoffs by the Vegas Golden Knights, he was fired just 13 games into the 2018-19 season amid a 4-8-1 start. It was the second time Stevens, who coached the Philadelphia Flyers from 2006-2009 before coming to the Kings, had been let go midseason in his career.

Yet, more than a year later, he spoke to reporters in a Staples Center hallway Wednesday morning without a complaint.

Stevens’ Kings roots, it turned out, influenced his decision to branch out to Dallas this offseason. In the Stars, he saw a roster reminiscent to the Kings’ burgeoning squads of a decade ago.

“My time here, watching these guys evolve not just into talented players but all-around players, has really helped me give them some insight where I think I can help,” said Stevens, whose primary responsibilities as an assistant on Darryl Sutter’s staff were with the Kings’ defensemen.

“I use Drew Doughty as an example. I don’t think people realize how good he defends. He’s one of the best defenders in the National Hockey League. I think that really helps me, because these guys are good players already.”

Meanwhile, returning to Los Angeles on Wednesday — in a game that saw the Kings, who lost second-line center Blake Lizotte to a lower-body injury in the opening minutes, surrendering two goals in a 37-second span in the second period to squander an early 1-0 lead — reminded Stevens of how different the Kings have become. “They got an awful lot of young players in their lineup,” he said. “I think there is a transition going on with some of these old guys, with young guys getting an opportunity. I know they’ve drafted an awful lot of players over the years.”

Still, when he sat down to scout his former team this week, the veterans he knows best — especially Doughty and Kopitar, who scored his team-best 16th goal Wednesday — still stuck out the most.

“They have lots of road ahead of them where they can be good players who will see this thing through,” Stevens said, a soft spot still in his heart for his former players. “I’m sure that’s the way the organization feels.”