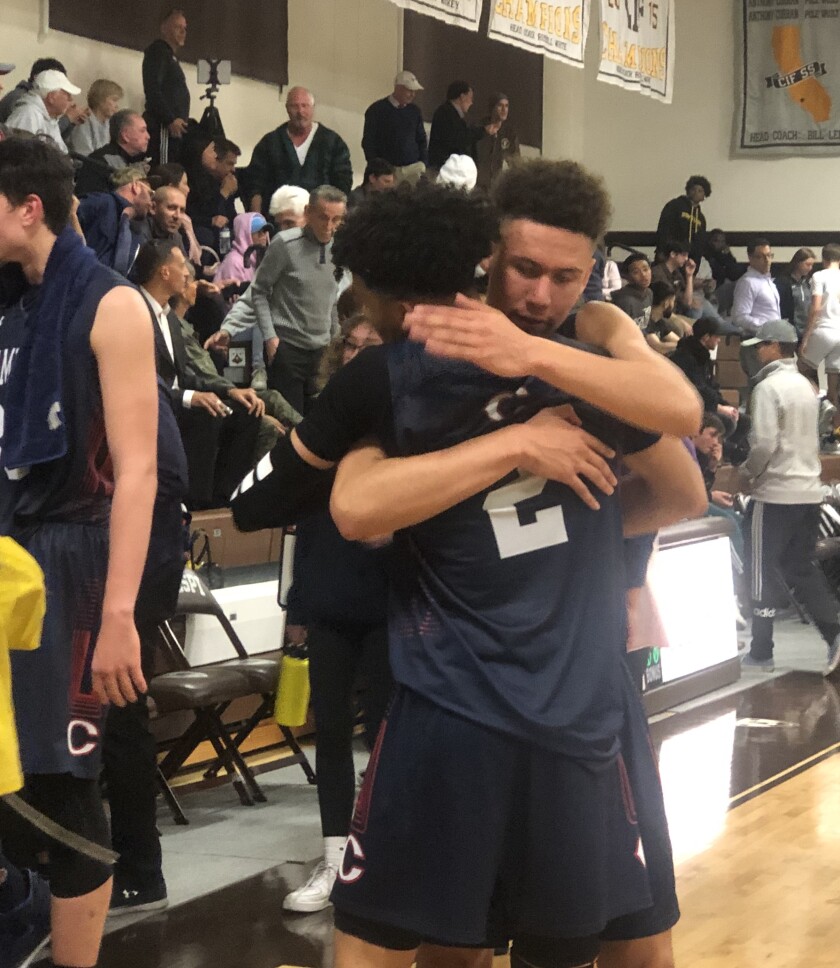 In a performance that was nothing short of spectacular, junior guard Kenneth Simpson Jr. of Chaminade contributed a career-high 41 points, plus the game-saving steal to deny St. Francis a potential tying basket, in Chaminade’s 83-78 victory on Wednesday night at Crespi. The win sends the Eagles (23-6) into Friday’s 7:30 p.m. Mission League tournament championship game at Crespi.

“He was feeling it,” Chaminade coach Bryan Cantwell said.

Simpson scored 13 points in the fourth quarter. He finished 10 of 10 from the free-throw line.

""I just did what I had to do to get my team the win,” Simpson said.

Andre Henry scored 25 points and Jason Gallant 22 points for St. Francis (22-7). The Golden Knights had possession of the ball with 13 seconds left and were trying to set up a potential game-tying basket when Simpson made the steal and clinched the win with two free throws.

Keith Higgins Jr. added 15 points for Chaminade. Eagles coach Bryan Cantwell, who missed practice on Tuesday because of a sore throat, sat on the bench doing more observing than coaching because of his illness.

“It was a test for me to step up and be a coach on the floor,” Simpson said.

Chaminade will play Harvard-Westlake in the 7:30 p.m. final on Friday night.

In other games, Justin Gladney made a basket with three seconds left to give Fairfax a 69-67 win over University in the Western League. David Cheatom scored 35 points for University.

Corey Cofield scored 23 points in Birmingham’s 80-65 win over Granada Hills, which played again without suspended coach Don Loperena. Birmingham pulled into a first-place tie with Taft in the West Valley League when the Toreadors lost to El Camino Real 57-48.

Sun Valley Poly improved to 11-0 in the East Valley League with a 69-54 win over Arleta.

In the Valley Mission League tournament, Will Bailey made a three-point basket at the buzzer to give Kennedy a 52-49 win over San Fernando in the semifinals.