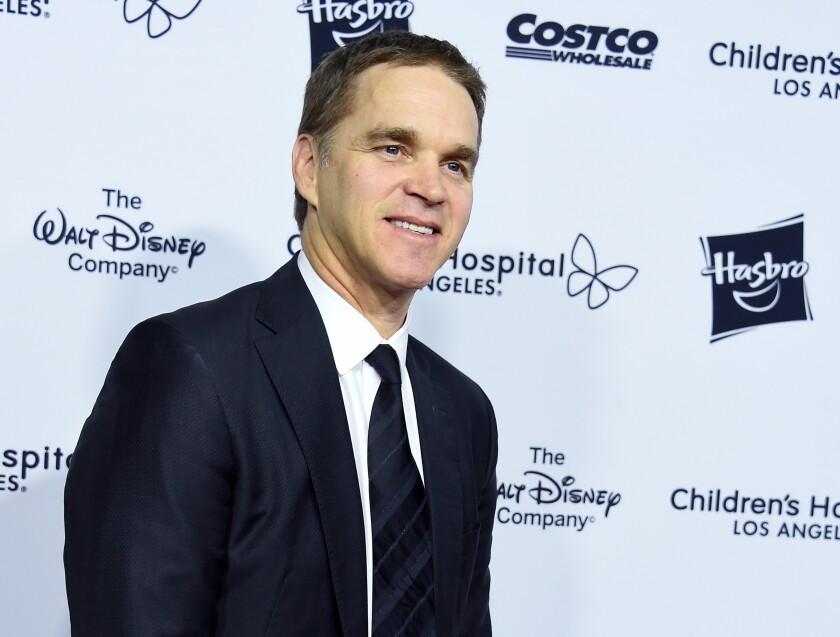 Kings move up to No. 2 in NHL draft, but the lottery winner remains a mystery

Kings President Luc Robitaille looked around the room, from the TV screen to general manager Rob Blake to the small camera set up in front of them and then back to the TV.

He smiled, chuckled and began comprehending what just happened, what it all meant.

The Kings didn’t lose the NHL draft lottery Friday, not by a longshot, moving up to the No. 2 overall pick despite finishing with the league’s fourth-worst point percentage. But they didn’t win it either. Really, nobody did, at least not yet.

The NHL’s top pick will go to one of the eight teams that will lose in the league’s newly created playoff qualification round, an unlikely quirk come true as a result of the coronavirus-delayed season. In the immediate aftermath, nobody was quite sure how to feel.

Kim Davis, the highest-ranking Black executive in the NHL, and Xavier A. Gutierrez, the first Latino president of a team, aim to make the NHL more diverse.

“We’re hockey people,” Robitaille said on the team’s in-house podcast. “The minute you [know you’re] in the top three, you go, ‘Man, we need to be No. 1.’ That’s how you start thinking.”

Instead, the Kings will pick second, likely nullifying their chances of drafting consensus top prospect Alexis Lafreniere but still leaving them in position to boost their rebuild with a top-tier selection.

It will be the highest the Kings have drafted since 2008, when they took defenseman Drew Doughty second overall, and the fourth time in franchise history they will pick from the No. 2 slot.

“We’re pretty excited,” Robitaille said. “We trustMark [Yannetti, director of amateur scouting] and his staff. They’ve always gone above and beyond on figuring out who is the best character, who is the best player. … This gives us an opportunity to get one more player that will come into our organization, that will mean something to be with the Kings.”

Elsewhere in the lottery, the Ducks landed at No. 6, moving down one spot as a result of the “placeholder” team jumping to the top of the draft board. That will be the Ducks’ highest pick since 2012, and one of two they will make in this year’s first round. The team also owns the right to the Boston Bruins’ first selection.

The No. 1 pick in the draft won’t be decided until the lottery’s second phase is held later this summer, after the completion of a qualification round that will see teams seeded fifth through 12th in each conference play a best-of-five series. The eight winners of those series will move on to the 16-team Stanley Cup playoffs. The losers will have equal 12.5% odds of getting the draft’s top selection.

As the third-through-eighth picks were announced in reverse order during the broadcast Friday from Secaucus, N.J., Blake and Robitaille — who watched the lottery from the team’s office in El Segundo — realized early on that the Kings had moved into the top three.

“They’re picking the cards and Luc and I are trying to calculate, ‘OK, so where are we sitting right now?’ ” Blake said. “Then you hear Jeff [Solomon, executive vice president of hockey operations] yell from the other room, ‘We’re in the top three!’ So now you get a little bit excited. Like, ‘Where do we fit in the top three? And there’s a team that’s not even in the bottom seven that’s going to be in this?’ ”

Vancouver will not be one of the NHL hub cities hosting Stanley Cup playoff games following the coronavirus shutdown, but L.A. is still in contention.

When NHL deputy commissioner Bill Daly flipped over the No. 1 pick card, the NHL logo on the back confirmed the placeholder conundrum, causing Robitaille to twist his head while Blake sat stone-faced on the other end of a table.

“Each time they went from [pick] five to four to three … guys were running in telling us different odds,” Blake said. “So you’re trying to play all that out, but you’ve also got to keep a pretty straight face when they’re picking the cards.”

In the big picture, it was still good news for a team that has missed the playoffs three of the last four seasons. Whoever the Kings pick — forwards Quinton Byfield and Tim Stutzle are considered the next best options after Lafreniere — will join a prospect pipeline already rated among the NHL’s best, headlined by the team’s two recent lottery selections, Gabe Vilardi (the 11th pick in 2017) and Alex Turcotte (who went fifth last summer).

“When you’re talking picks one or two in the draft, you’re talking very high profile players,” Blake said when asked if the lottery result helps accelerate the team’s rebuilding plans. “We knew we’d be in that lottery, so that has been factored into the plan. Hopefully this does speed it up because of the caliber and the adjustment to that player [we pick] in the NHL.”