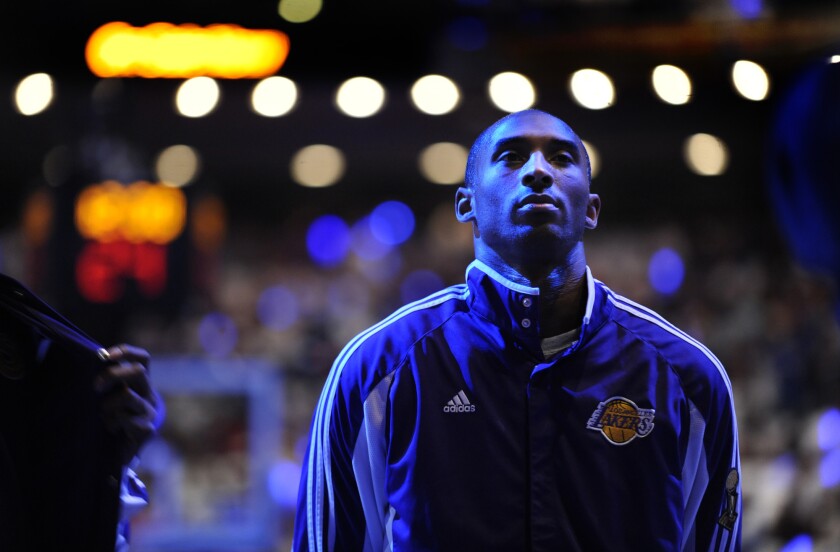 Immediately after Kobe Bryant’s death, and then constantly in the weeks that followed, Jerry Colangelo, the chairman of the Naismith Memorial Basketball Hall of Fame, has reminisced about the transcendent 17-year-old basketball player he met 24 years ago.

He thinks about the amazing draft workout Bryant did for the Phoenix Suns. He thinks about the time he joked with Bryant that he wanted him to be a pass-first player for Team USA — and how the 27-year-old superstar flashed a smile and said he’d do whatever it took.

He thinks about how Bryant worked out at 5:30 a.m. before the first practice with the national team, and how all the younger stars — LeBron James, Chris Bosh, Carmelo Anthony, Dwyane Wade — copied him so they could be just like him.

He thinks about the crowds who gathered outside their hotels in China in 2008 chanting not “U-S-A” but “Ko-Be!”

“I’ve never seen in my long life an athlete passing that had the impact that Kobe’s passing had on just people on the street,” said Colangelo, who is 80. “People who didn’t even know him. In my case, it was personal.”

Colangelo spoke Friday through his sadness after the Basketball Hall of Fame announced its 2020 finalists, a class headlined by Tim Duncan, Kevin Garnett and Bryant.

“We sure wish he were here today,” NBA TV’s Matt Winer said as he announced Bryant’s name.

Bosh was among the first-time nominees. He had been expected to make this year’s field.

This year’s enshrinement class will be announced April 4 at the Final Four in Atlanta. The induction ceremony in Springfield, Mass., is Aug. 29.

Even before Bryant’s death on Jan. 26, the committee wanted to keep this year’s class small. With three giants like Bryant, Garnett and Duncan eligible, they didn’t want to overshadow the rest of the class.

“We’ve never had a class this strong at the top,” Colangelo said.

Upon Bryant’s death, Colangelo felt that concern become more acute. The group met in Dallas shortly after his death and agreed their list of finalists would be shorter. They chose to defer for a year the direct selections from the men’s and women’s veterans committees, the early African American pioneer committee, and the contributor committee.

“It’s sensitive,” he said. “We have a job to do between now and the end of August to make sure it’s that kind of a program and production. As sad as it all is, we have to deal with that. Life does go on in the world of basketball and the Hall of Fame. We don’t want to take away from the people here who are prospective inductees.”

They are still determining how the ceremony in Springfield will change this year. The plan right now is for it to remain in the current venue and there’s consideration for an event honoring Bryant that would be open to the public.

This year’s Hall of Fame finalist announcement necessitated a more somber tone. It opened with acknowledgment of the people the league had lost this season — including Bryant, former commissioner David Stern, and Hall of Fame coach Morgan Wootten.

When Bryant’s name was announced, the Hall of Famers sitting on the stage behind the host bowed their heads or looked down. Gary Payton, who played with Bryant during the 2003-04 season, was among them.

“He got to be around my kids and they started calling him ‘Unc,’” Payton said. “That’s the Kobe I want to remember — not the one on the basketball court. … To be with him 365 days was great for one year. I wish it could’ve been a little bit more.”

Garnett sat in the first row, and was acknowledged at the start of the news conference. When his name was announced, Garnett stood to acknowledge the audience then nearly stumbled as he sat down.

“It is a tremendous honor,” he said a few moments later. “It’s one of the more overwhelming situations I’ve ever been in.”

Catchings sat not far away. As she watched current and future Hall of Famers like Sheryl Swoopes, Payton and Garnett walk in, she had to fight back tears.