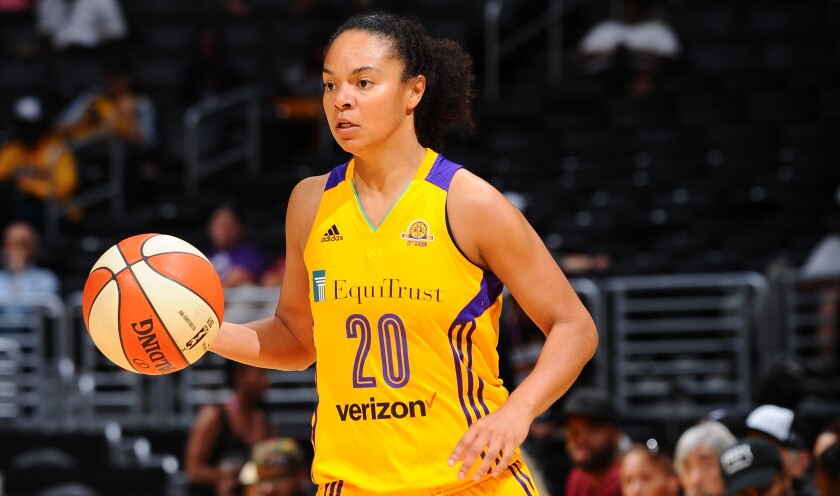 Kristi Toliver, who won a title with the Sparks in 2016, rejoins team

Kristi Toliver, who helped the Sparks capture the 2016 WNBA title at the end of a seven-year stint with the team, is back in Los Angeles.

The free-agent guard signed a contract with the Sparks ahead of the 2020 season, the team announced Monday.

“We are thrilled to have Kristi Toliver back in a L.A.. Sparks uniform,” said Eric Holoman, the Sparks’ managing partner and governor. “Kristi is a phenomenal leader and proven winner at every level. We can’t wait to see her back on the floor with her 2016 championship teammates.”

Drafted third overall by the Sky in 2009, Toliver was acquired by the Sparks in a trade with Chicago in 2010. She established herself as one of the Sparks’ leaders, helping them reach the playoffs in six of the next seven seasons. Toliver won the WNBA’s most improved player award in 2012 and followed it up in 2013 with her first All-Star selection. The pinnacle of her Sparks career came in 2016 when she helped the franchise win its third title.

“Returning to Los Angeles is special to me for many reasons,” Toliver said in a statement. “I’m ready for what’s ahead and can’t wait to get started. I’m looking forward to a successful and exciting season with the Sparks.”

“Heading into 2020 free agency, we wanted to add players that possess multiple skill sets and Kristi is at the top of that list,” coach Derek Fisher said. “Kristi understands the habits and dedication required on a daily basis to build a championship culture. We’re all excited to have her rejoin the Sparks family.”

The Sparks open the season on the road against the Mystics on May 16.