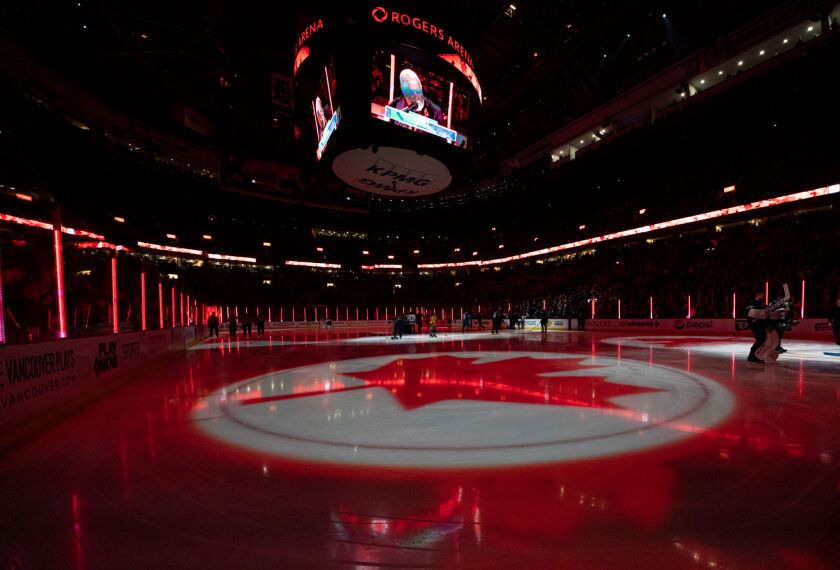 Los Angeles remains a contender to be designated one of two “hub” sites for the reconfigured Stanley Cup playoffs, a field that shrank to five on Thursday when the Canucks said Vancouver will not be a host city when the league resumes play in late July or early August.

In addition to Los Angeles the league is examining bids from the Canadian cities of Edmonton and Toronto as well as pitches made by Las Vegas and Chicago. NHL Commissioner Gary Bettman said last month he was considering 10 bids; Columbus, Dallas, Minneapolis-St. Paul and Pittsburgh were later eliminated from contention.

Vancouver met many of the NHL’s requirements for playing host to 12 playoff teams and has largely kept the spread of COVID-19 in check. That could have changed with an influx of players, coaches, and staffers coming to British Columbia from areas with high infection rates in the United States.

“We are doing very well. We have a good balance. But under no circumstances was I going to compromise in any way the health of people here in British Columbia, and we made that very clear,” said Dr. Bonnie Henry, the provincial health officer.

Both the Kings and the Ducks have an outside chance of winning a new-look NHL lottery draft, but will either team leap over the Detroit Red Wings?

Trent Carroll, chief operating officer of Canucks Sports and Entertainment, said in a statement his organization hoped “to help the NHL get hockey back on the ice if we could. Although Vancouver won’t be a Hub City we are still excited to see hockey start up again.”

Expectations have been that the NHL will choose at least one Canadian city, and it’s possible Edmonton and Toronto will prevail and that Los Angeles would become a backup in case something went wrong in the chosen cities. But league officials also are weighing factors such as the availability of frequent COVID-19 testing — without taking tests away from the general public — and the logistics of televising games across many time zones when the format will dictate that three or more games be played each day.

Edmonton presented a strong bid that outlined players, coaches and staffers having minimal contact with the public, thanks to hotels that are connected to Rogers Place via a walkway, as well as plentiful entertainment for players who would have to be confined within as tight a bubble as possible to avoid contracting the novel coronavirus.

Las Vegas has been considered a front-runner because of the availability of hotel rooms and entertainment options and because it’s a favorite destination of players. However, the state of Nevada on Thursday reported a record-breaking day for positive COVID-19 cases.

OC Vibe is a 115-acre proposal that layers a community feel atop a district that invites visitors to eat, drink and shop before and after Honda Center events.

Los Angeles has the advantage of having a top-notch facility and experienced operations crew at Staples Center while being a neutral site because the Kings didn’t qualify for the expanded playoffs. The city’s bid exceeds the NHL’s requirement of having about 700 hotel rooms available, and with restaurants, bowling alleys, movie theaters and other entertainment options on hand at L.A. Live, players would have choices for leisure activity while staying in the bubble. Staples Center, L.A. Live and the Kings’ practice facility, Toyota Sports and Performance Center in El Segundo, are under common ownership, so there’s one central source for resolving potential problems and creating customized solutions that meet teams’ needs.

However, Los Angeles County has also seen a spike in coronavirus cases in the past week and travel between downtown Los Angeles and practice rinks in El Segundo could be tedious and count against the L.A. bid.