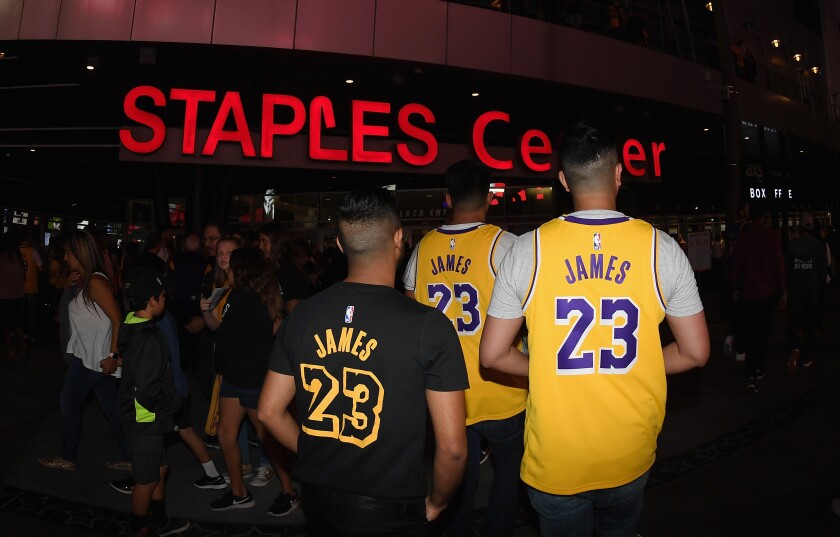 The Lakers are taking fan engagement up a notch this season, allowing fans to win prizes and enter sweepstakes by simply picking the correct outcomes during games.

The Lakers and GTG Network, a sports gamification and content provider, have launched a free prediction and fan engagement game on the team’s app called Lakers Fan Pick.

“The Los Angeles Lakers are one of the most recognizable and iconic brands in all of sports,” said Nathan Rothschild, co-founder and partner of GTG Network. “It is incredibly exciting to launch this innovative fan experience for Lakers fans. Our relationship with the Lakers establishes our vision of enhancing the way sports fans engage with their teams. This partnership is just the tip of the iceberg of how GTG Network can enhance the fan experience by powering engagement through data analytics and gamification.”

Prior to the start of each Lakers game, fans can log onto the Lakers app on their mobile device and click on Lakers Fan Pick, a prediction competition for each Lakers game this season. Some of the categories that fans can make predictions in include whether the points scored in the game will go over or under a specific total and a “wild card” pick such as total points for specific players. Each prediction category has a coin multiplier, which multiplies the number of coins users receive for correct picks. All players start off with 100 coins.

Fans can earn additional coins by playing an arcade-style basketball game called Hoops Galore. The game involves players making three-pointers from five different shot angles within a time limit. The additional coins earned can be used to place wagers for the second-half predictions.

All coins earned at the conclusion of the Lakers game can be used for sweepstakes entries, prizes such as Lakers gear, and tickets for future games. There is a leaderboard on which fans can check their ranking against other players during the game.

Both games are only available a couple of hours before a Lakers game until the conclusion of the game. Fans must also make their predictions prior to each half and do not have to physically be at Staples Center to play the game.

“It’s awesome to give our fans a chance to test how well they know their team, and also practice their shots in the Hoops Galore minigame,” said Mitch Holder, Lakers vice president of marketing.

The experience had a soft launch during the Lakers’ preseason, and the reception so far has been positive.

“Participation numbers have been strong and continue to grow, which shows that people are not only engaging with the product, but there’s word-of-mouth spread as well,” said Rothschild.

The Lakers are the only team associated with the partnership, though Clippers fans could see a similar fan experience implemented on the team’s app.

“Our deal is direct with the Lakers, but we’re in discussions with a number of other teams, both in the NBA as well as other pro leagues,” said Rothschild.

Fans can download the Lakers app for free on iOS and Android.