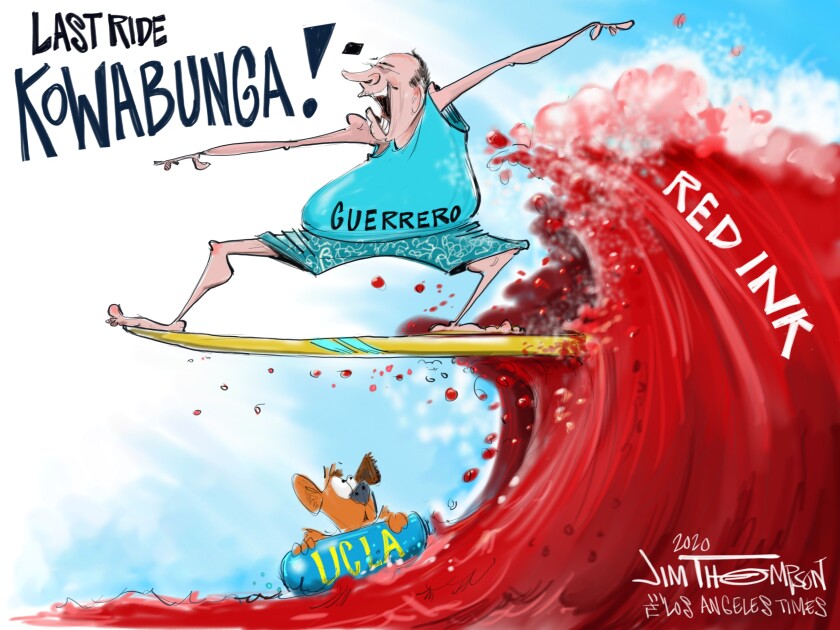 The Dodgers’ acquisitions of Mookie Betts and David Price from the Red Sox, the team that demolished them in the 2018 World Series, is straight out of the Yankees’ playbook. If you can’t beat ’em, buy ’em!

I am sure the naysayers will point out that Mookie Betts can walk after this year and the Dodgers will just be back where they started. I have to think most of those fans were also the ones complaining about the Dodgers’ unwillingness to improve the team. Well, they just did and in a big way even if it is a risk/reward situation. Hopefully, Mookie will see the benefits of playing in L.A. with a perennial winning team and a deal can be worked out. There aren’t many Mookie Bettses out there.

::How do the Dodgers who lost to the cheating Boston Red Sox in 2018 welcome Mookie Betts, a cheater who helped defeat the Dodgers?

::I must be the only Dodgers fan not excited about the trades to acquire Mookie Betts and David Price. The current team was cheated out of the World Series championship one year and managed out of it by Dave Roberts the next. It was an excellent team with good spirit and camaraderie. The Astros are markedly weakened without Gerrit Cole and likewise the Nationals without Anthony Rendon. There’s no reason to think this team doesn’t get go all the way this year with Gavin Lux, Alex Verdugo and Alex Wood healthy. Instead they allow Hyun-Jin Ryu and his sub-2.50 ERA to leave and replace him with David Price, who manages all of 107 innings and an ERA over 4. For the privilege of adding Betts for one year, it costs them Verdugo, Pederson and Maeda. And the odds of them giving a contract required to keep Betts (a la Cole, Harper, Rendon, etc) are pretty much slim and none, in which case they are out three major league starters for their trouble. Not excited, not thrilled, and not a better team than when the season ended.

::Well, the Dodgers can add Mookie Betts and all the offensive power in the world and maybe score 12 runs a game, but unless they get pitching to prevent the other team from scoring 13, they will always be the bridesmaid, and never the bride.

::We got Mookie. And the Price is right.I can now confidently visualize our Dodgers winning more than 100 games this year, and the 2020 World Series. I must visualize, of course, since for much of the season, most of us still can’t see them on TV.

::I applaud the Dodgers digging into their big pot of TV money and getting two top players. But it won’t do any good until Dave Roberts gains 100 pounds, gives up his formulaic game plan, and starts showing some emotion and kicking some butt. In other words, until he becomes Tommy Lasorda.

Feeling SuperYou have to conclude that Patrick Mahomes had the Mamba Mentality in the fourth quarter of the Super Bowl.Thomas KopeBaldwin Park

::As happy as I am for Andy Reid and Patrick Mahomes in winning Super Bowl 54, let us not overlook the integral part the 49ers played in allowing the Chiefs to make their miraculous comeback. What happened to the 49ers’ stellar defense in the fourth quarter? Why was the 49ers’ record-setting rushing attack abandoned in favor of clock-stopping, incomplete passes by an overwhelmed Jimmy Garropolo? Where was the self-proclaimed pass defending stud Richard Sherman when he wasn’t getting juked out of his cleats? And, most egregious of all, what was the offensive guru and head coach Kyle Shanahan thinking in not playing to win at the end of the first half and in the fourth quarter — after learning the hard way three years earlier with the Atlanta Falcons that playing it safe is a prescription for failure?

::Early in the fourth quarter with San Francisco up 20-10, the 49ers intercepted a pass and the entire defense ran to the other end zone to pose for the cameras. With Jim Brown, Mike Ditka and many more greats in attendance, I just wish they would have rushed the field and beat the daylights out of the Chiefs. These greats know that you wait to do your talking after the game. As it turned out, the Chiefs did all the posing and talking.

::Now that he has won a Super Bowl, I hope L.A.’s Andy Reid makes a trip to Beverly and Rampart to celebrate and orders himself his favorite: two Tommy’s triple-burgers.

::Richard Sherman said that he wouldn’t be going to the White House. Seems his prediction was right on!

::We have gone from being a melting pot to a chamber pot in the course of my lifetime, and what lies ahead for our children and theirs? Where do you go from Super Bowl halftime shows with pole dancing and people grabbing their private parts? When we get to the point where nothing is repulsive, disgusting or in bad taste, will there still be beauty, dignity and grace? Have I become just too old and out of touch to know that this is progress, or is it the beginning of the end of our culture, just as every other empire has fallen throughout history?

Advice for BruinsHey, UCLA, I found your next football coach. Hire Eric Bieniemy, the Chiefs’ offensive coordinator. He knows offense while Chip Kelly is clueless.He is also a former UCLA assistant coach so he knows the school and should be a great recruiter. Act now before USC fires Clay Helton and hires Bieniemy.

Hey Dan Guerrero, want to know why you’re running a $19-million deficit? It’s because the football and men’s basketball games are not fun to attend. Your desire to raise money has overtaken the pure joy in attending a college ball game. You have over-commercialized the games to the point where we fans/alumni feel that we might as well stay home and watch the game on TV. You do a season-ticket holder survey each year, but you’re not asking the right questions. Garbage in equals garbage out.

The Kobe storyNeed I remind the world that “arrested and accused” is not convicted nor guilty? Seventeen years ago, Kobe Bryant was accused of sexual assault. The case was dropped when the accuser refused to cooperate. Why did she refuse? She dropped her complaint for many reasons. There are always two sides to every story. Was she assaulted? We don’t know. Was Kobe falsely accused? We don’t know. What we do know is that it was 17 years ago and based on the simple fact that he was never convicted and more than made up for any transgressions, I give Kobe the benefit of the doubt.

::After watching and listening to LeBron’s from-the-heart speech on Jan. 31, I said to myself, “LeBron became a Laker tonight. A true, all-in, all-the-time Laker.” Kobe would have loved hearing that talk. Well done, LeBron. Well done.

Copy-Clips?The Clippers could make another move that would help them financially. Get rid of the GM and player personnel positions and do what they’ve been doing all along — simply wait until the Lakers announce players they are interested in, then pursue the same players.

The Los Angeles Times welcomes expressions of all views. Letters should be brief and become the property of The Times. They may be edited and republished in any format. Each must include a valid mailing address and telephone number. Pseudonyms will not be used.