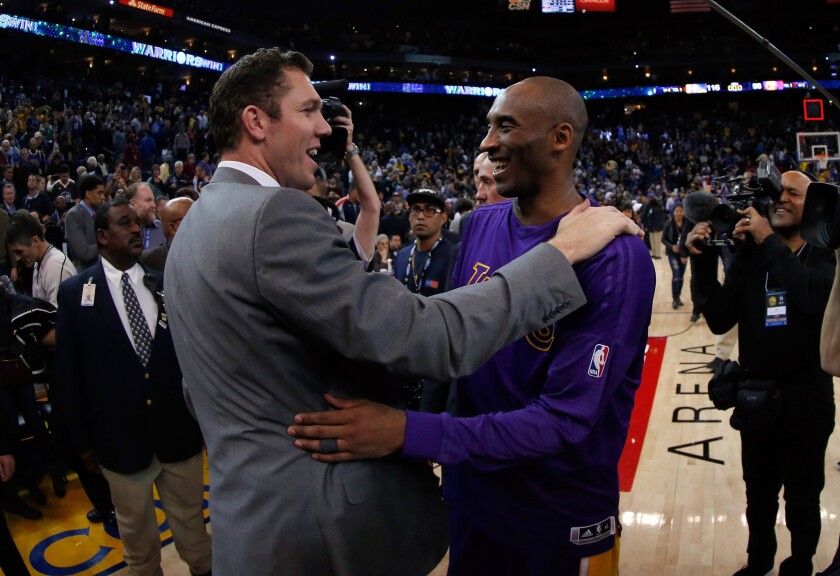 For the past five days, he has tried to process an unthinkable loss, his former teammate Kobe Bryant one of nine dead in a helicopter crash. It’s gotten better, a little easier, and then harder and then better again.

Grief can swing like that, rolling over you like an uncontrollable tide. And no matter what, no matter the smiles that come from the memories, that grief was going to swallow up the Sacramento Kings coach when he came to Los Angeles for this game.

A late-night trip through the memorials that have spread like weeds around his hotel, a first walk into Staples Center without Bryant around, the first look at the spot where Vanessa Bryant and her daughters would wait for their dad while Walton did whatever he could to put the ball into his hands.

“It’s strange. We got in late last night and I walked out there to L.A. Live. There’s lots of memories. That’s the street where we boarded our buses when we won our championships, drove through the city, having the time of our lives,” Walton said. “You think you’re doing better and then you pull into Staples Center.”

Memories like this are going to hit the Lakers and their family really hard Friday night — it’s impossible that they won’t. During the Clippers’ pregame video tribute to Bryant on Thursday, most of the eyes in the building aimed up toward the scoreboard. Jerry West’s were glued to the floor.

And it’s going to happen as the people Bryant have touched — the players who write tributes on their sneakers, the ones who emulated his fadeaway jumper, the guys who try to mimic the mentality — come to the building Bryant built without the possibility of him and Gianna sliding into courtside seats.

Thursday, it just happened to be Walton who had to feel it first.

The Kings coach will forever be linked with the Lakers, a place where he teamed with Bryant for nine seasons and two titles and a place where he coached (with Bryant’s support) for three seasons. Coming back will always be emotional, but how could anyone have expected it to feel like this?

Before Staples Center could host its first basketball game since Bryant’s death, Walton stood outside the visiting locker room and did his best to share his favorite Bryant memories, such as how their conversations served as a graduate program in basketball understanding for the future coach.

“He was brilliant,” Walton remembered. “It’s one of the things that allowed him to be the player he was. He was gifted with these incredible features, as far as his height, his athleticism and his quickness. But then he also had the work, the skill set. And then on top of all that, he had the brains of being as smart and understanding the game better than anyone else that I’ve ever played with.”

And, every so often, Walton would sit back and watch Bryant score 81 points in a game. Walton played more than 14 minutes that game. Didn’t hit a shot. Still, he made sure he’d never forget it.

“It was awesome. I grew up in the NBA and grew up around my own heroes, so I was, being a player, I was never really that impressed with other players. They’re my teammates, they’re my peers,” Walton said. “After that 81-point night, I took a ticket to practice the next day and asked Kobe to sign it for me … just another one of those memories that I’ll forever cherish.”

Walton’s not the first person to feel this — the sadness, the happiness, the gratefulness and the disbelief. Giants like Bryant, they don’t die. You don’t come into a place like Staples Center and do anything other than celebrate their greatness.

And it’s going to be, probably for everyone. Staples isn’t just a basketball arena. It’s a memorial now. Coming here helps with the healing — but it does it by ripping open the wounds that this tragedy caused.

“I definitely hits harder, for sure — which, in the long run, will be therapeutic. It’ll help me get through this,” Walton said with a quick pause. “But it hits pretty hard.”

And he won’t be the last to have to absorb that punch.