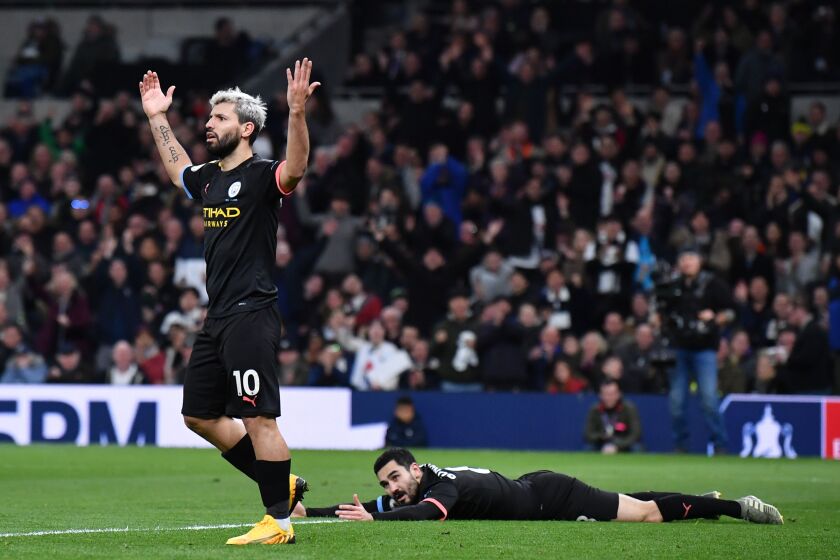 UEFA, the ruling body for soccer in Europe, has banned Manchester City from the next two Champions League tournaments and fined the two-time defending Premier League champion $32.5 million for violations of financial fair play rules.

The regulations are designed to keep clubs from accumulating massive debt by requiring teams to balance their spending with revenue. A UEFA panel investigating Manchester City’s finances determined the team violated those rules.

City was found to have falsely inflated its sponsorship revenues when they made submissions for the FFP compliance process. The finding follows an investigation begun after the publication of leaked emails and documents by the German magazine Der Spiegel in November 2018.

Manchester City can appeal the decision of the adjudicatory chamber to the Court of Arbitration for Sport (CAS), something the club plans to do.

“The Adjudicatory Chamber, having considered all the evidence, has found that Manchester City Football Club committed serious breaches of the UEFA Club Licensing and Financial Fair Play Regulations by overstating its sponsorship revenue in its accounts and in the break-even information submitted to UEFA between 2012 and 2016,” UEFA wrote in a seven-paragraph statement Friday.

According to the London Guardian, the published emails and documents appeared to show that City’s owner, Sheikh Mansour bin Zayed Al Nahyan of the Abu Dhabi ruling family, was personally funding the $88 million annual sponsorship of the City shirt, stadium and academy that was said to have be paid by his country’s airline, Etihad. One of the leaked emails suggested that only $10 million of that sponsorship in 2015-16 was funded directly by Etihad with the rest coming from Mansour’s company.

In 2014, UEFA limited City’s roster size and fined the club $69 million — more than half of which was suspended — for breaching financial fair play rules. UEFA did not collect the suspended $42 million after City complied with operational and financial measures agreed as part of the punishment.

City has vehemently denied the latest charges of wrongdoing, the Guardian said, and has denounced the Spiegel coverage as based on “leaked or stolen” materials taken out of context.

The ban from the Champions League, soccer’s top club competition, will prevent Manchester City from participating in the 2020-21 and 2021-22 tournaments, denying the organization the chance at tens of millions of dollars in prize money. Manchester City earned $58.7 million for reaching the quarterfinals of the tournament last year.

This season the team won its four-team group to advance to the knockout round, where it will meet Real Madrid on Feb. 26 in the first leg of a two-game playoff.

“Manchester City is disappointed but not surprised by today’s announcement by the UEFA Adjudicatory Chamber,” the club said in a statement. “The Club has always anticipated the ultimate need to seek out an independent body and process to impartially consider the comprehensive body of irrefutable evidence in support of its position.

“Simply put, this is a case initiated by UEFA, prosecuted by UEFA and judged by UEFA. With this prejudicial process now over, the Club will pursue an impartial judgment as quickly as possible and will therefore, in the first instance, commence proceedings with the Court of Arbitration for Sport at the earliest opportunity. “

Last November the court rejected a request from the club to halt the UEFA investigation on procedural grounds, saying it could not hear that case until disciplinary process at UEFA had been completed.