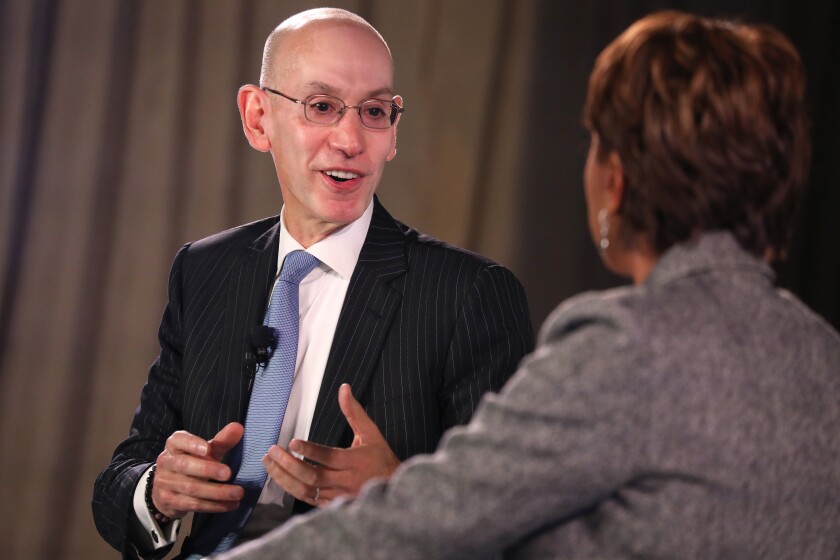 NBA Commissioner Adam Silver says the league’s business relationship with China remains fractured in the wake of the Daryl Morey controversy, but he added it won’t stop it from supporting “American values” when doing business with other countries.

That decision, however, is hurting the NBA’s bottom line. Silver said the fallout from Morey’s tweet and the NBA’s subsequent response has led to “substantial losses.”

“I don’t know where we go from here,” Silver said. “The financial consequences have been and may continue to be fairly dramatic.”

Last week didn’t go as planned for the NBA in its annual preseason trek to China. Morey’s tweet, sent on Oct. 6, set off a firestorm of reaction in the state-controlled Chinese media and altered promotional plans for a two-game series featuring the Lakers and the Brooklyn Nets. Sponsor-related events for individual players were canceled, media access for reporters was cut off and there was even some doubt the games would be played. The games did go on as scheduled, but broadcasts were not aired in China.

Silver said he was confused by criticism the NBA received in its response to the incident since he believed the league never gave in to Chinese demands. In its initial statement, the NBA described the incident as “regrettable,” but Silver said that was in reference to China’s response to what happened — not Morey’s tweet.

“I had thought we’d taken a principled position. I thought we hadn’t so-called acquiesced to the Chinese,” Silver said. “Maybe I was trying too hard to be a diplomat. I didn’t see it as my role as the commissioner of the NBA to weigh in on the substance of the protest.”