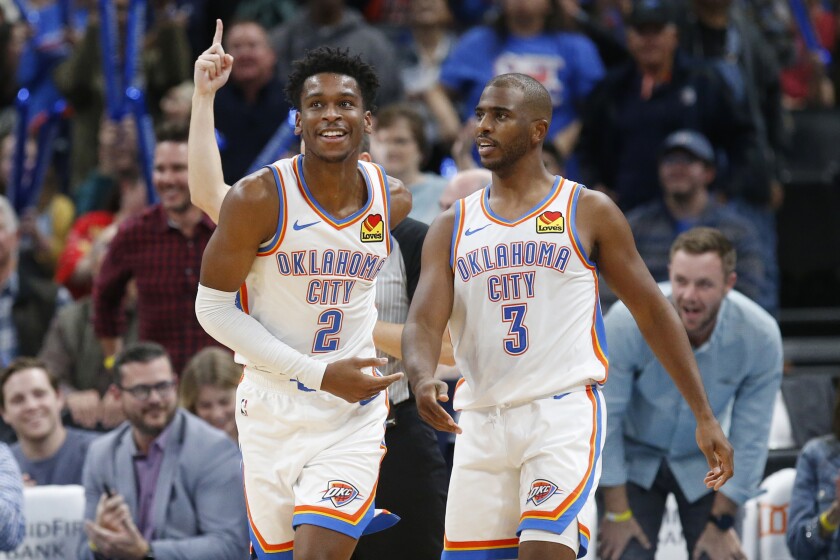 If Doc Rivers and Frank Vogel were still coaching in the Eastern Conference, it’d be tougher for them to say they like a schedule quirk that brings teams to Los Angeles to play the Clippers and Lakers on back-to-back nights.

Since neither of the coaches will have to prepare for Kawhi Leonard and Paul George on one night and then (or just after) LeBron James and Anthony Davis, they’re all for it.

Trying to reduce miles traveled for teams, the NBA scheduled teams to play the Lakers and Clippers on back-to-back nights 10 times this season. Another five teams will play the two with a night off in Los Angeles in the middle.

“It’s good anytime you can remove a flight as a visiting team,” Vogel said. “I think these teams that are coming into our building are benefiting from the new travel schedule. It might be hurting the Lakers and the Clippers a little bit. But it just makes sense, league-wide, to do this. Everything is about taking care of the players and doing what’s best for those guys. I’m all for it.”

The Lakers and the Clippers will each make one trip to New York this year to play the Knicks and Nets, with the Clippers getting a day off in between their games. Still, the Knicks are a mess and the Nets, while talented, aren’t championship material with Kevin Durant sidelined.

Teams that come to L.A. for two know that unless one of the other team’s stars gets a night off, they’re about to get put through the wringer.

“It obviously makes it difficult,” Toronto coach Nick Nurse, who would prefer to have a day off in between games, said after losing to the Clippers. “I would’ve loved to have played them tomorrow. Back-to-backs are tough and this is one of the toughest ones you can play.”

One of the NBA’s greatest champions, Bill Russell, added another ring to his collection this week, tweeting that he had finally accepted the ring commemorating his induction into the Basketball Hall of Fame in 1975.

Russell said he refused to attend his induction because he felt that he didn’t deserve to be the first black player inducted.

Chuck Cooper, the first black player drafted into the NBA, was finally inducted in 2019. Russell mentioned the pioneer in his tweet when announcing that he had accepted the ring.

Portland’s decision to sign Carmelo Anthony is a low-risk, high-reward maneuver that could help one of the big disappointments this season find some life. Or, more likely, it could reinforce something executives and talent evaluators around the league think — that the injury-depleted Trail Blazers need to make a trade. While names like Blake Griffin and Kevin Love have been kicked around, most scouts think Oklahoma City’s Danilo Gallinari is the best fit. … What James Harden continues to do in Houston is incredible. After struggling in the first two games of the season, Harden has scored 40 or more points in seven of his last 11 games and is leading the league in scoring by a whopping 8.2 points per game. The gap between him and second-place Damian Lillard is larger than the gap between Lillard and the league’s No. 19 scorer, Lou Williams. … Shai Gilgeous-Alexander returns to Staples Center with the Thunder this week to play the Lakers and Clippers. His fast start this season is a reminder why some inside the Clippers front office didn’t want to trade him this summer to acquire George. … One reason Boston is out to such a great start? Kemba Walker’s willingness to do the dirty work. Heading into Saturday, Walker had drawn seven charges this season, tied for fourth in the league and the most by an All-Star.