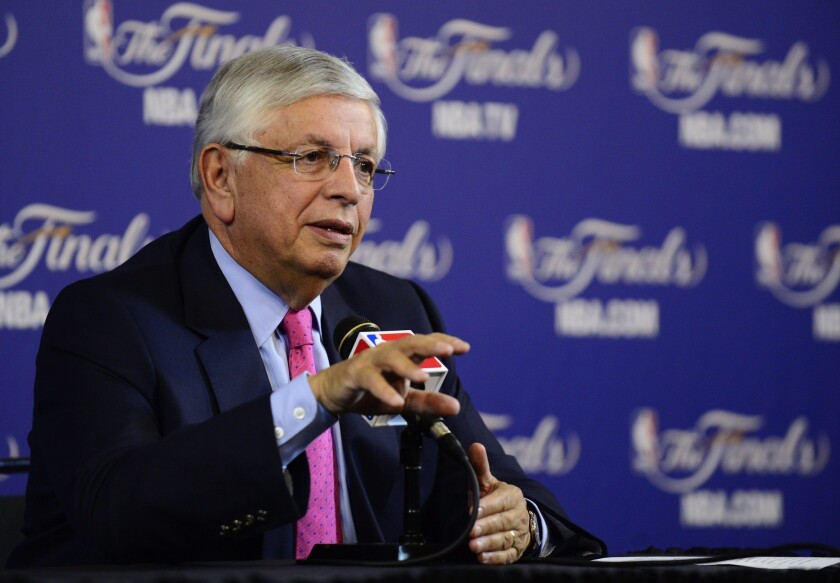 NBA legends and luminaries react to the death of David Stern

The news of the death of David Stern, the NBA commissioner who ushered the sport into a global entertainment powerhouse led to a swift outpouring of condolences and remembrances from Hall of Famers such as Michael Jordan, Shaquille O’Neal, Scottie Pippen and Bill Russell.

Legends and luminaries remembered Stern as a visionary as well as a friend.

RIP Mr David SternThe best commissioner to ever do it. pic.twitter.com/SgO0hMX3Ia

I can not put into words what the friendship of David Stern has meant to me but many others. He changed so many lives. David was a great innovator and made the game we love what it is today. This is a horrible loss. Our hearts are with Dianne & their family. RIP my friend. @NBA pic.twitter.com/mbnneqm18s

Stern was commissioner from 1984 to 2014. The NBA added seven franchises to expand to 30 teams during his reign. He negotiated big-money television deals, handled crises and work stoppages, and put a focus on international exposure and marketing.

[email protected] reflects on the tremendous impact David Stern had on the NBA. We are remembering the life and career of the former commissioner on GameTime on NBA TV. pic.twitter.com/3Gee0Jy8Bo

Very sad day for basketball. We saw David Stern a lot in the 90s and I found him to be kind, thoughtful and almost always the smartest person in the room. He was an innovator who helped grow our sport into a global game and his impact will never be forgotten. RIP, Commissioner. pic.twitter.com/FzlJwnJmrK

Today the #NBAFamily lost a legend, a leader that changed our game for the better. A father, a husband, a friend. RIP #DavidStern, you will forever be missed. 🙏🏼 pic.twitter.com/0dColRyTOT