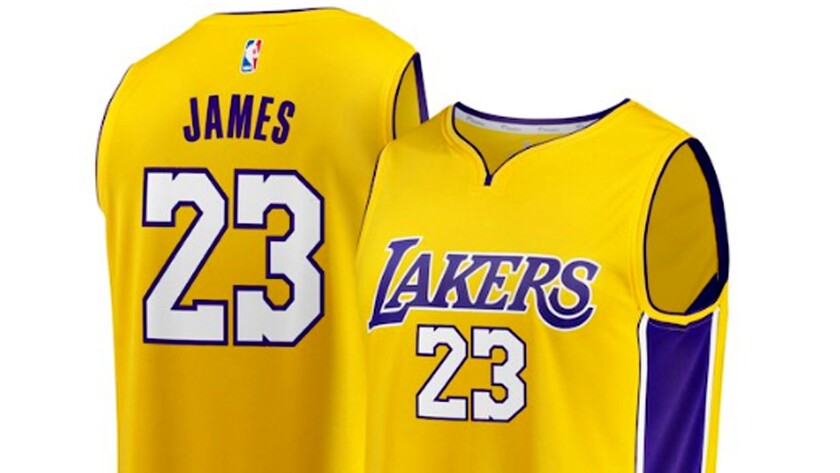 In an attempt to continue to keep focus on the Black Lives Matter movement and the fight against social injustice and racial inequality, the NBA will allow players to replace the names on the backs of their jerseys with statements promoting those causes.

People with knowledge of the situation told The Times that the league; the National Basketball Players Assn., the union that represents its players; and Nike, the jersey manufacturer, are working on a deal to allow for this to happen as the league prepares to restart its season July 30 in Orlando, Fla., at Walt Disney World.

Earlier this week, NBA Commissioner Adam Silver said the league wanted to use its return as a way to increase awareness and to implement change in society.

“This includes strategies to increase Black representation in all positions across the NBA and its teams, [to] ensure greater inclusion of Black-operated businesses across NBA business activities, and the formation of an NBA foundation to expand educational and economic development opportunities across the Black community,” Silver said. “Ultimately, whether it’s fighting racism or a pandemic, we’re coming back because sports matter in our society.”

NBPA President Chris Paul said the players in Orlando plan to make good use of the attention they anticipate receiving.