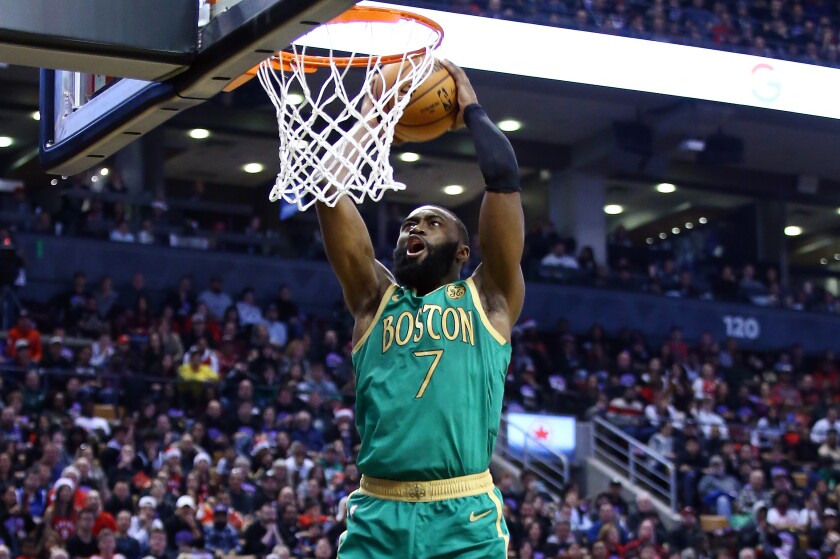 Enes Kanter had 12 points and 11 rebounds as the Celtics snapped an eight-game losing streak north of the border and became the first Atlantic Division opponent to win in Toronto in more than four years.

Boston’s Gordon Hayward returned to the starting lineup after missing the past three games because of a sore left foot. He scored 14 points in 26 minutes.

Fred VanVleet scored 27 points in the Raptors’ second straight loss, and Chris Boucher had a career-high 24.

Toronto had gone an NBA-record 34 games between home losses to division foes. The Raptors’ last home loss to an Atlantic team was a 111-109 defeat to the New York Knicks on Nov. 10, 2015.

Kyle Lowry scored 14 points and Serge Ibaka had 12 for Toronto. The Raptors shot 8 for 23 from 3-point range.

Kanter arrived dressed in a black t-shirt that read `Freedom for ALL’ in white letters. He played outside the United States for the first time since visiting Toronto with the Knicks on Nov. 10, 2018.

Kanter’s outspoken criticism of Turkish President Recep Tayyip Erdogan’s government led to his passport being revoked in 2017. Turkish prosecutors have accused Kanter of membership in a terror organization and issued an international warrant for his arrest.

Kanter did not travel with the Knicks to London last January because he feared he could be killed over his opposition to Erdogan. After being traded to Portland in February, he did not join the Trail Blazers for their March 1 game at Toronto.

The Raptors jumped out to a 10-0 lead as the Celtics missed their first five shots of the game, leading to a Boston timeout with 10:03 left in the opening quarter. After the stoppage, the Celtics outscored Toronto 28-9 to lead 28-19 after one.

Brown made all five of his field goal attempts in the third, including three from long range, and scored 16 points. Boston led 88-69 through three quarters.