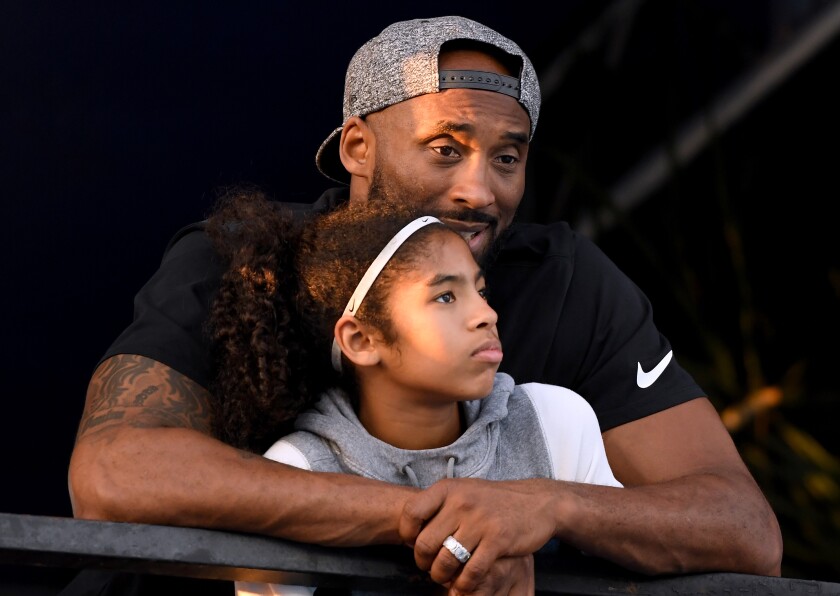 The uniforms for the NBA All-Star game will feature special numbers and patches honoring the lives of Kobe Bryant, his daughter Gianna and the seven others who died in a helicopter crash in Calabasas on Sunday.

Team Giannis will honor the life of Kobe Bryant by wearing his No. 24 jersey number and Team LeBron will pay tribute to Gianna by wearing her No. 2. In addition, all jerseys will have patches displaying nine stars — representing all those who died in the crash. The patches also will be worn during the NBA Rising Stars Challenge and by players competing in the All-Star Saturday Night events the day before the game.

In addition to the Bryants, John, Keri and Alyssa Altobelli; Sarah and Payton Chester; Christina Mauser and Ara Zobayan lost their lives in the crash, which remains under investigation.

The NBA All-Star game takes place at the United Center in Chicago on Sunday, Feb. 16 at 8 p.m. ET. LeBron James and Milwaukee’s Giannis Antetokounmpo will captain the two teams, with the players participating in a televised draft Thursday.

This numbers and patches aren’t the only tribute the NBA is making to those who died. The league announced Thursday that Team LeBron and Team Giannis will battle in the fourth quarter for a set score of 24 points more than than the leading team has at the end of three quarters. For example, if LeBron James’ team is up 125-120 heading into the fourth, the first team to 149 points wins.

Tributes to Bryant and former NBA commissioner David Stern are expected throughout the weekend in Chicago.

The Lakers play their first game since Bryant’s death Friday at 7:30 p.m. against the Portland Trail Blazers at Staples Center.

Sign up for Full-Court Text with NBA reporter Dan Woike