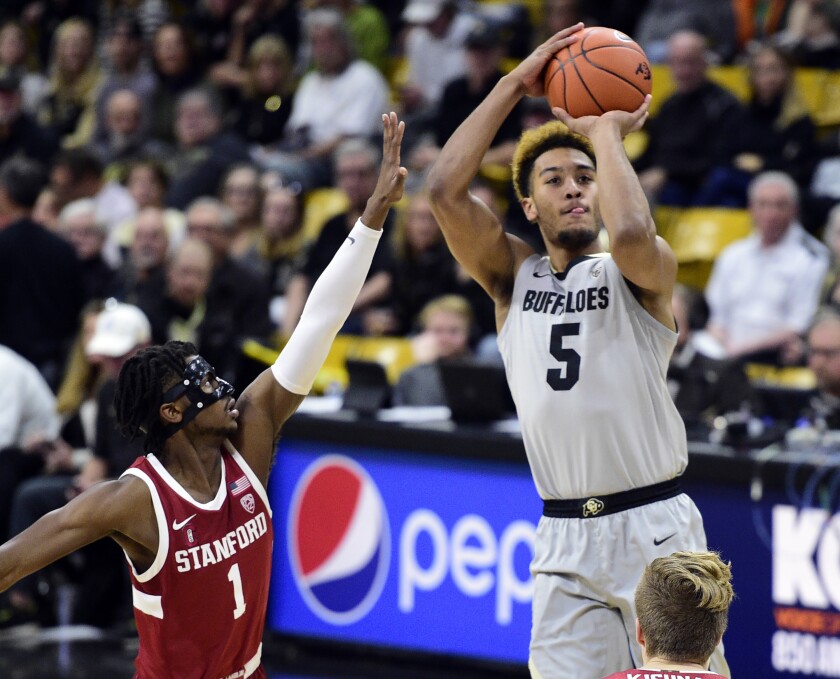 All of Tyler Bey’s 11 points and nine of his dozen rebounds came in the second half when the Buffaloes shot 70% from the field, 100% from behind the arc and 85% from the free-throw stripe.

That followed an awful first half in which the Buffs shot 28% from the field, 23% from three-point range and 54% from the line.

The Buffs trailed 33-22 at halftime following a five-point swing in the final two-tenths of a second of the first half.

Terry fired up a three-pointer that Eli Parquet got a hand on. Colorado coach Tad Boyle was assessed a technical after Parquet was called for the foul.

Terry sank all five free throws, sending Stanford into the locker room with an 11-point lead instead of six.

Da Silva left the game with 16:28 remaining after slamming his head on the floor while defending a breakaway by Evan Battey, who had stolen the ball and was charging toward the basket when they collided.

A body board was brought out, but eventually Da Silva sat up on his own and was helped off to the locker room. He didn’t return. Battey also was escorted to his locker room but later returned and finished with 13 points.

Before play resumed after the scary scene, both teams huddled at midcourt in a team embrace. Schwartz sank both free throws for Battey to cut Colorado’s deficit to 41-32.

Battey returned minutes later with the Buffs down 47-41, and his runner gave Colorado a 51-49 lead. The Buffs took the lead for good on Bey’s two free throws with 7:44 remaining that made it 58-56.