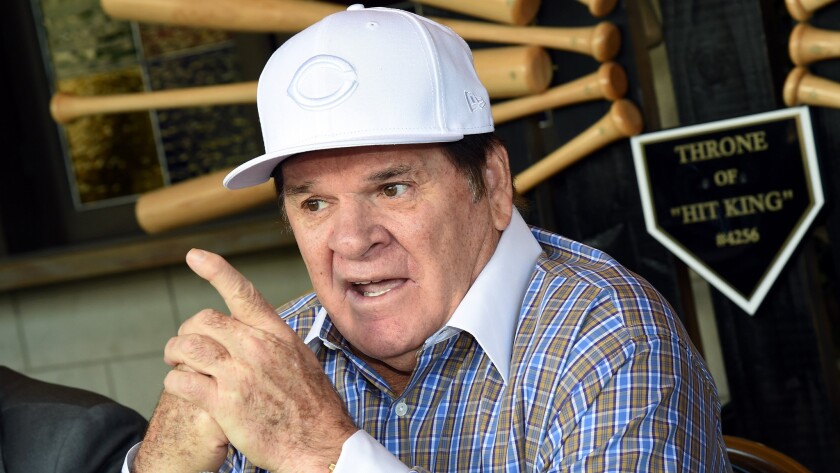 Pete Rose applies for reinstatement: If Astros aren’t banned for life, why am I?

Pete Rose asked for reinstatement to Major League Baseball on Wednesday, arguing that the lifetime ban on the league’s all-time hit king now represents disproportional punishment because the league did not impose similar discipline in the aftermath of the steroid and sign-stealing scandals.

“There cannot be one set of rules for Mr. Rose and another for everyone else,” four lawyers representing Rose wrote in a 20-page petition submitted to MLB commissioner Rob Manfred.

In 2015, Manfred denied Rose’s appeal that his lifetime ban for gambling on baseball be lifted. Since then, the lawyers argue, baseball has faced two serious threats to its integrity: the widespread use of performance-enhancing drugs, and the electronic sign-stealing for which the Houston Astros have been sanctioned and the Boston Red Sox are under investigation.

Those cases were similar to Rose’s, his attorneys argued, in that the league had warned against the improper behavior and punished only those caught thereafter. The only player banned for life under the MLB drug policy, Jenrry Mejia, was reinstated after two years; no one disciplined in the Astros’ case received a lifetime ban.Rose, 78, was banned by MLB in 1989.

“Given the manner in which Major League Baseball has treated and continues to treat other egregious assaults on the integrity of the game, Mr. Rose’s ongoing punishment is no longer justifiable as a proportional response to his transgressions,” the petition reads.

The petition makes no mention of John Coppolella, the former Atlanta Braves general manager banned for life in 2017 because of a three-year circumvention of international signing rules.

The petition also asks the Hall of Fame to let Rose stand for election. In his 2015 decision, Manfred said Rose’s Hall of Fame eligibility was up to the Hall of Fame. In 2016, Rose asked that voters be allowed to consider him. The Hall’s board of directors denied the request and said it would continue to enforce a prohibition against anyone banned for life by MLB.