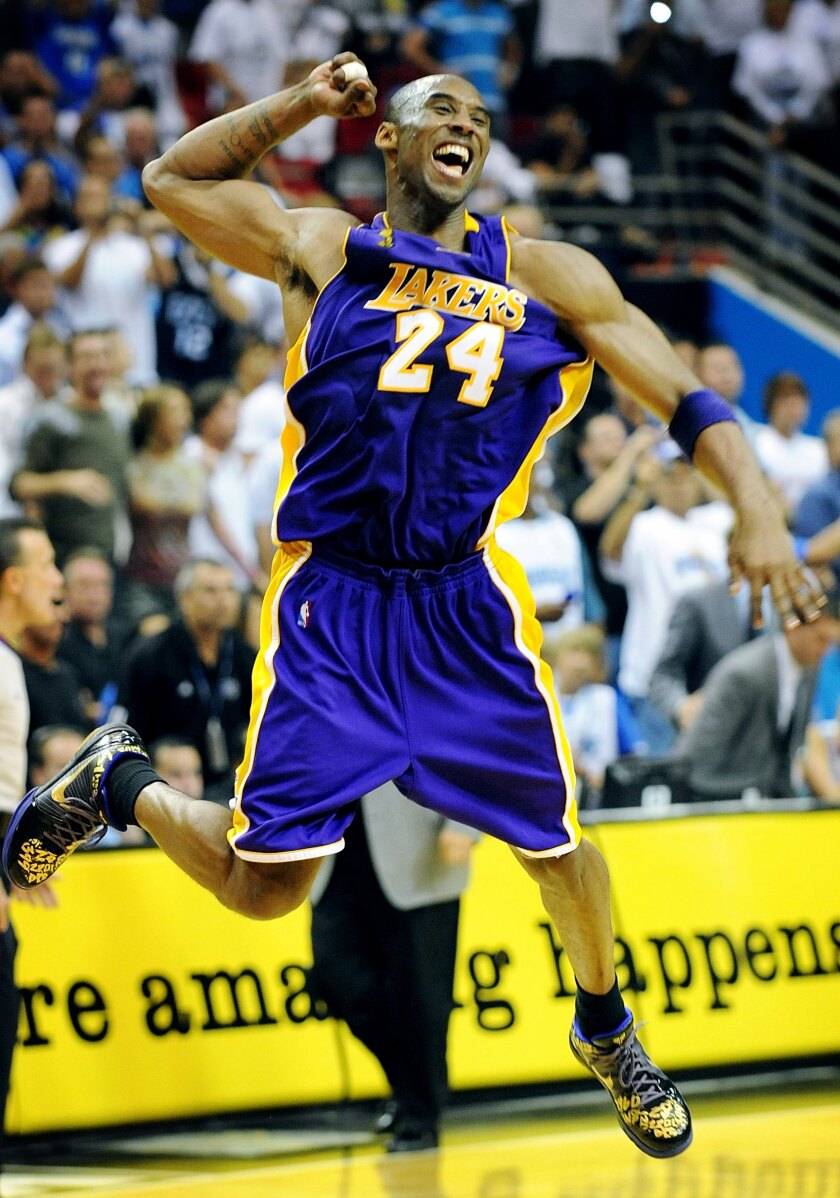 In the days since the helicopter crash that took the lives of Kobe Bryant, his 13-year-old daughter, Gianna, and seven others, NBA players and teams have been paying tribute to the Lakers legend, with gestures including handwritten messages on their sneakers and intentional clock violations of 8 and 24 seconds in honor Bryant’s jersey numbers and custom pregame jerseys.

One fan has suggested a way the league can permanently honor one of its all-time greats — and more than 2 million people agree with the idea.

A change.org user who goes by Nick M has started a petition to urge the league to “immortalize [Bryant] forever as the new NBA logo.” The initial goal, Nick M wrote on the website, was “100 signatures at best.”

As of Tuesday morning, more than 2 million people had added their signatures.

“All of this is for Kobe!” Nick M wrote. “I wish Kobe was still here and I never had to make this petition to begin with.”

The iconic NBA logo was designed in 1969 by Alan Siegel, who has said he based the prominently featured silhouette on another Lakers legend, Jerry West.

For many years, West was reluctant to acknowledge that his image appeared on the league’s logo. He did admit it was him in a 2017 interview with the Washington Post, saying the gesture was both flattering and embarrassing.

Maybe now is the right time to do so. West was the Lakers general manager when the team acquired Bryant following the 1996 draft and told ABC/ESPN that he served as a “surrogate father” to the then 17-year-old player.

“I will love Kobe forever and always cherish the time that I spent with him,” West said Sunday in a statement. “I watched him grow from an energetic kid into the man he became, making a difference in so many people’s lives. He has left the world a better place. Kobe’s legacy will live forever.”

West definitely sounds like he wouldn’t mind one bit if the petition signees’ wish was granted.

But if it does happen, what would the Kobe-inspired logo look like? Twitter users have plenty of ideas.

Na this is one right [email protected] gotta do this straight up pic.twitter.com/zRecMhzM7T