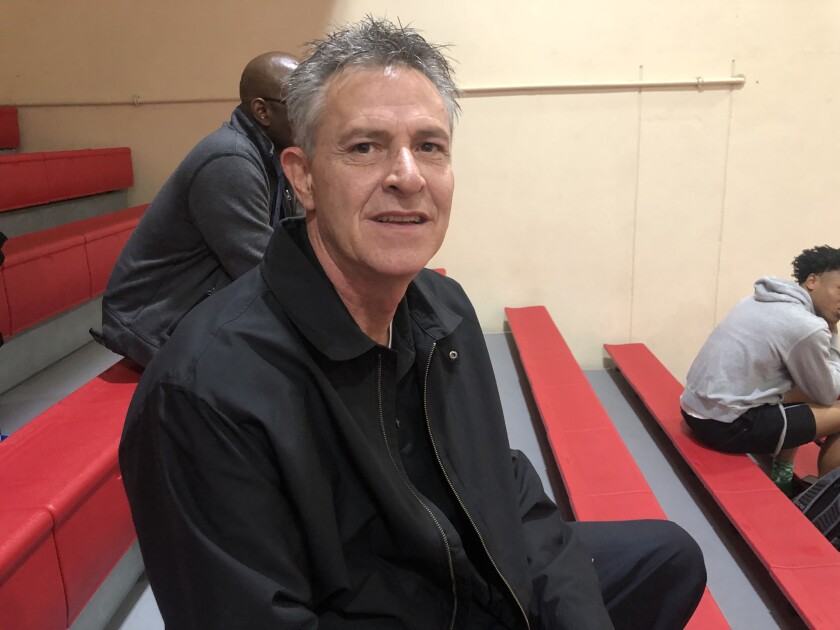 Dave Kleckner, in his 24th season of coaching basketball at Etiwanda, requires two primary commitments from his players. They have to play defense and they have to be unselfish. This year’s team is 13-2 and making Kleckner proud.

Etiwanda lost to Sierra Canyon 57-53 in the semifinals of the Classic at Damien. Kleckner would like a rematch even though he said, “You have to be near perfect” to beat the Trailblazers. “I hope we get a chance to play them again because that would mean we’re in the Open Division.”

Etiwanda tuned up for the start of Baseline League with a 75-43 victory over Birmingham on Saturday at the Take Flight Challenge at Redondo. It was a clinic-like performance on defense for the Eagles. They outscored Birmingham 17-2 in second quarter and led by as many as 38 points. Jaylen Clark scored 23 points for the Eagles.

Kleckner’s teams have never played a second of zone defense. “I know only one thing,” he said. Yes, man to man defense.

St. Anthony (18-1) pulled off the biggest upset of the night, rallying for a 58-57 overtime victory over Harvard-Westlake (15-2). St. Anthony fell behind 9-0 and was down 29-17 at halftime. Lorenzo Marsh, who finished with 21 points, made a three with less than two seconds left in regulation to tie the game and won it with another three late in overtime.

Mason Hooks had 18 points for Harvard-Westlake, which made repeated turnovers against St. Anthony’s full-court press.

Loyola begins Mission League play this week with momentum after a 61-55 win over Leuzinger. Colby Brooks scored 27 points and made four consecutive free throws in the final 15 seconds.

“He’s improved a ton,” coach Jamal Adams said of the 6-foot-6 senior who only turned 17 in October. “He’s about as good an athlete as I’ve coached.”

Sierra Canyon dropped its second game of the season in losing to Minnesota’s Minnehaha 78-58 at Target Center. BJ Boston scored 27 points for the Trailblazers.

Valencia tuned up for a Tuesday Foothill League opener against Saugus by defeating Highland 89-48. Jake Hlywiak finished with 27 points, including seven threes.

St. Francis received 17 points and 12 rebounds from Andre Henry in a 73-55 win over Grant.