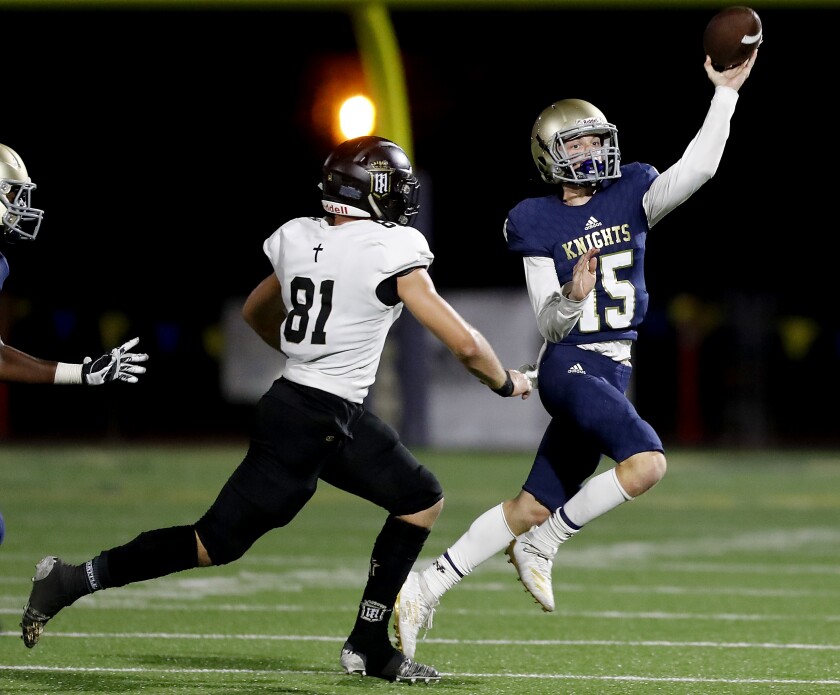 Quarterbacks are switching schools, with the number at 11 and climbing

If it’s January, it must mean that high school football transfer season is in high gear for quarterbacks.

The count has reached at least 11 for those who hope to play quarterback at new schools.

The latest is Ashley Tucker, who was the backup at Narbonne to Jake Garcia. He’s now at Warren. Garcia left for La Habra.

One of the first to leave for the new semester was sophomore Zachary Siskowic, who left Sherman Oaks Notre Dame for Crespi. Harvard-Westlake’s backup quarterback, Evan Roderick, is also at Crespi.

Santa Ana Mater Dei hasn’t picked up a quarterback yet, but the Monarchs got a top running back, Raleek Brown, from Stockton Edison, and a good lineman from JSerra, Ross Maseuli, who also played one year at San Diego Cathedral Catholic.

And this is just the beginning. Most of the transfers will take place when the spring semester ends and parents weigh whether their sons are going to be starters or not.

It’s life in 2020. There were nearly 16,000 transfers in California the last school year. Players are eligible immediately if they change residences. They also have a one-time sitout period if they don’t move that lasts about five games.