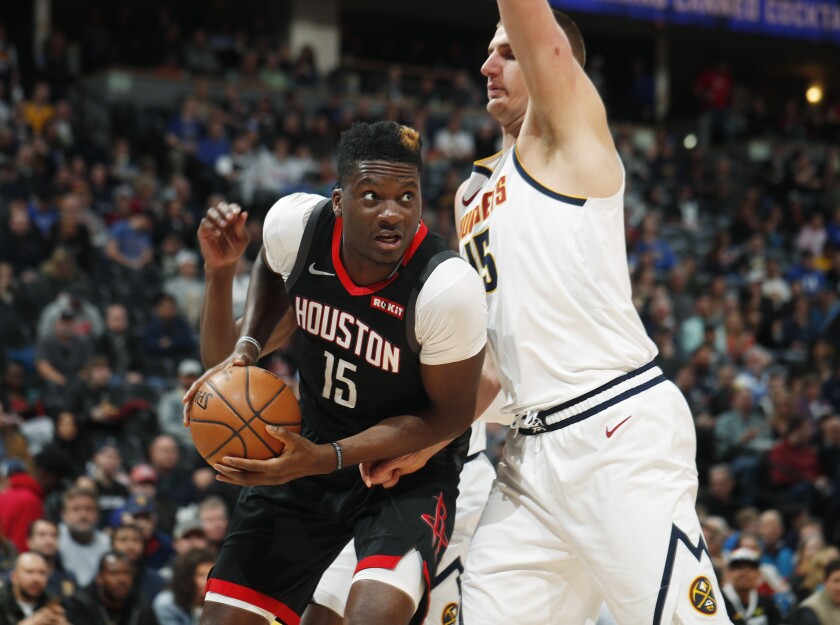 Houston, Atlanta, Denver and Minnesota have agreed upon a sprawling four-team trade that gets the Rockets the wing they covet but cost Houston their starting center.

According to league sources not authorized to speak publicly, the teams are finalizing a deal that would send Robert Covington from Minnesota to the Rockets, with Atlanta acquiring Houston center Clint Capela.

Denver will also get guard Shabazz Napier, big man Noah Vonleh and Keita Bates-Diop from Minnesota. The Timberwolves will send Jordan Bell to Houston, and Minnesota will get Jared Vanderbilt from Denver.

Covington is averaging 12.8 points and 6.0 rebounds while hitting 34.6% from three-point range.

The Hawks, who were in the market for a center, get Capela to put into pick-and-rolls with Trae Young, a priority for them.

The NBA’s trade deadline is Thursday at noon.