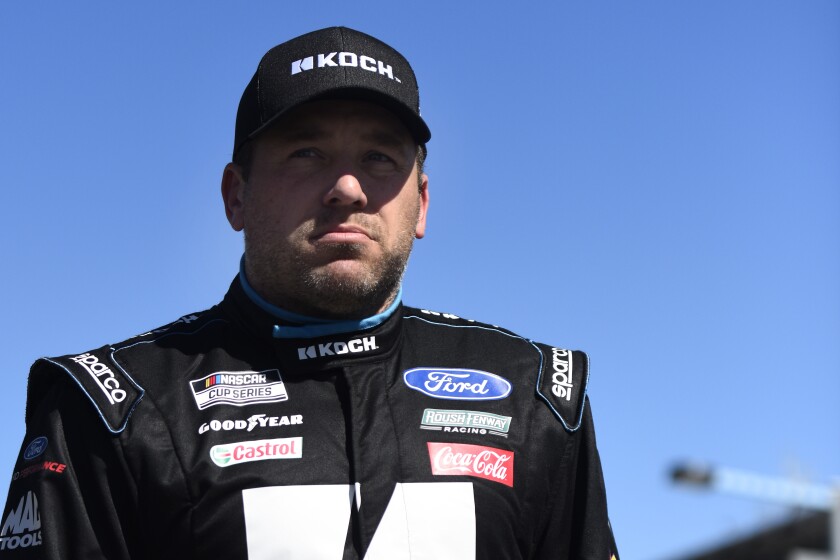 Ryan Newman, whose near miraculous survival from a horrific accident on the last lap of Monday’s Daytona 500, said on Sunday that he suffered a head injury as the result of the crash.

The extent of Newman’s injuries has been shrouded in mystery from the driver, his team and NASCAR. He was released from a Daytona Beach hospital less than two days after the accident.

On Sunday, Newman sought to clarify things in a 468-word statement.

“I was fortunate to avoid any internal organ damage or broken bones,” the 42-year-old driver said. “I did sustain a head injury for which I’m currently being treated. The doctors have been pleased with my progression over the last few days.”

Newman also credited the design of the car and safety measures, many of which were modified starting in 2001 after the death of Dale Earnhardt.

“I have to thank the guys back at the Roush Fenway Racing shop that built me a car not only fast enough to lead the final seconds of the Daytona 500, but strong enough to do its job under great distress, allowing me to survive such an accident,” Newman said. “… I hope you took pride in the photograph of me walking out of the hospital hand-in-hand with my daughters on Wednesday. Thank you. I can’t wait to get back in your race car.”

Steve Newmark, president of Roush Fenway Racing, also talked about the day for the first time at a news conference before Sunday’s race in Las Vegas.

“I think everybody understands that the events of Monday and the days that followed it was really kind of a surreal experience for the entire Roush Fenway organization, and probably fit right in to the definition of an emotional roller coaster,” Newmark said.

“We went from what we thought was seconds away from winning the Daytona 500 with Ryan … and all of that changed in an instant, and we go from not caring about the race, not caring about the competition. In fact, I’m not sure that we knew who had actually won the race until a few hours later because the whole later was on Ryan’s safety and well-being. When you see a teammate and a friend and part of your family in that situation.”

Denny Hamlin was the winner of the race and he was among several people who went to the hospital to check on Newman.

Both Newman and Newmark also praised the care at the Halifax Medical Center in Daytona Beach and NASCAR for their almost instantaneous managing of the situation.

Newman does plan to return to the car, and if he has his way, soon.

“The reality is there are three groups that are going to dictate when he returns because he has expressed unequivocally that this is where he wants to be and he wants to be back in a race car,” Newmark said. “Those three groups are going to be Ryan and his family, his doctors, and then NASCAR and their medical team. Our assumption is once all three of those sign off, then we’ll see him back in a race car.”